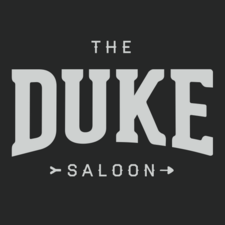 The Duke Saloon is a bar. It is a bar that opens early evening, serves local beer from the tap or in a cold can, has plenty of comfortable seating and live bands playing country music on stage – we even have food trucks so you can eat!

Drink specialty bourbon drinks while snacking on our complimentary potato chips or a fresh draught beer from one of Victoria’s local breweries.

Why a country bar in Victoria? It wasn’t as a novelty – it was out of necessity!

Well a guy had a dream, a dream that lasted for 8 yrs before finally deciding to lay it on the line and put the wheels in motion.

Through the over 4 years of successful country nights at one of our other venues, the realization finally started to settle into his head that maybe Victoria would support a country bar.

This guy had visited many country bars across North America and thought there was still a niche that he hadn’t seen. A country bar where mainstream socialites would rub shoulders with some of the strong country music loving people that now make up The Duke Saloons loyal clientele. This place was to be both rustic and country at heart while thoughtfully constructed using reclaimed materials mixed with new.

The Duke Saloon was born into an old 1902 brick barn building originally constructed for BC Electric Company to house its electric street cars. Residing in a ground level southwest facing waterfront space, The Duke Saloon waits for you. Just 8 minutes walking from the centre of downtown Victoria or a $5 cab ride you can come as you are there ain’t a dress code.