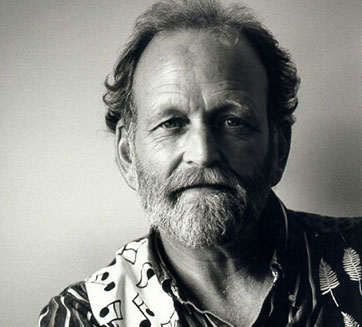 Another pause, then "Is that luck? Or is that moving at God's speed? ("Valdy elicited a genuinely warm standing ovation, the real kind, where the audience continues long after the encore is assured" - Winnipeg Free Press) "I mean, it's more than strategy that puts these folks along my path." ("Few performers are capable of achieving the kind of energy Valdy generates on stage" - Mcleans) "Sure I'm good at what I do, and I'm getting better, I'm paying attention, and I'm learning," (two Juno Awards, SOCAN's Song of the Year Award, four gold records, sixteen CDs/albums/8-tracks), "but I have lived a charmed life, (200 gigs a year, fundraising and advocacy for Literacy, recipient of the Order of Canada, music producer, husband, father), with a supportive partner (Kathlee is an artist, hospice counsellor, soul-mate), a glorious daughter, (Chelah Phoebe Horsdal, actor, www.chelah.com), two vibrant sons, (Theo Koumontaros Horsdal, IT buyer for a major Western Canadian retail chain, and Yani Koumontaros Christie, music-variety promoter); I am a really lucky man."