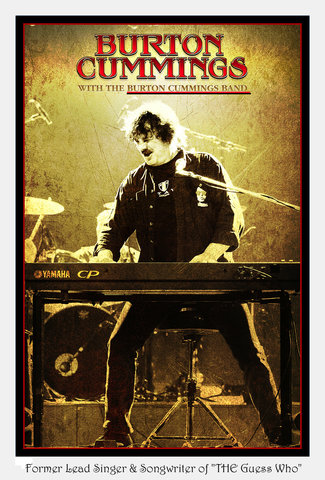 Burton Cummings is that rare artist who has transcended time, genres and generations with a body of work that continues to resonate with fans both old and new. His voice has been rated among the finest in rock music and his extensive catalogue of songs is the envy of his contemporaries. Burton continues at the top of his game as a performer, singer, songwriter and recording artist second to none.

With Canada’s original rock ‘n’ roll superstars The Guess Who, Burton scored an unprecedented string of international hit singles and albums including These Eyes, Laughing, No Time, American Woman, Share The Land, Hang On To Your Life, Albert Flasher, Sour Suite, Orly, Glamour Boy, Star Baby, Clap For The Wolfman and Dancin’ Fool, all written or co-written by Burton. By 1970 the Guess Who had sold more records than the entire Canadian music industry combined to that point and their achievements remain unparalleled. The group notched up a long list of firsts including the first Canadian group to reach #1 on the Billboard charts (holding that spot for three weeks) and the first to earn a platinum album for sales of over 1 million copies in the US. Rolling Stone magazine hailed the Guess Who as “one of rock’s most consistently fascinating maverick bands, with a succession of meritorious songs that has few equals among contemporary North American groups.” Dick Clark described the group as rock innovators and ambassadors of Canadian music. Staples of classic rock and oldies radio today as well as in feature films including American Beauty, Almost Famous, Cable Guy, Austin Powers: The Spy Who Shagged Me, and Jackie Brown, the Guess Who’s vast catalog of songs remains enduring. “When I think back on having five million-selling records in the Top 10, one after the other I can hardly believe it,” states Burton with justifiable pride. “I was just twenty years old and every time I turned around I was getting a gold record. The scope and magnitude of our success escaped all of us. It really didn’t sink in until years later.”

Striking out on his own in 1976, Burton continued his winning streak with a gold record for his debut solo single Stand Tall produced by legendary hit-maker Richard Perry who numbered among his clients Barbra Streisand, Carly Simon and Ringo Starr. The choice of producer was evidence of Burton’s star power in the music industry. He followed that with more than a dozen hit singles and albums including I’m Scared, My Own Way To Rock, I Will Play a Rhapsody, Timeless Love, Break It To Them Gently, Dream Of A Child, Fine State of Affairs, Love Dreams and You Saved My Soul. Sold out tours across Canada and the United States solidified Burton’s stature as a top attraction. He starred in several top-rated television specials and earned five Juno Awards between 1977 and 1980 for Best Male Vocalist and Best Album, serving as host of the gala annual event a record four times. His 1978 album Dream Of A Child became the first quadruple platinum-selling album by a Canadian artist.

Through the ‘80s and ‘90s Burton continued to tour including joining Beatles drummer Ringo Starr’s All Starr Band. A starring role in the feature film Melanie alongside Miami Vice star Don Johnson in 1980 earned Burton a Genie Award for Best Original Song along with praise for his acting ability. He also launched his acclaimed Up Close and Alone solo concert series featuring the singer alone onstage recounting the stories behind his best-known songs and sharing personal moments from his career. A live album of the same name followed. The success of Lenny Kravitz’ cover of American Woman from the hit feature film Austin Powers: The Spy Who Shagged Me brought renewed attention to the original Guess Who. The group reunited in 1999 for the closing ceremonies of the Pan-American Games (with a television audience numbering in the tens of millions) and mounted several high-profile North American tours. Burton later teamed with Guess Who alumnus Randy Bachman as Bachman-Cummings for further touring and recording success. The Bachman Cummings Songbook, released in 2006, became another platinum seller, followed the next year by Jukebox.

His 2008 solo album, the critically-acclaimed Above The Ground, was his first to feature all original songs by Burton. Fans and critics glowed with superlatives citing the album as his best work in decades. Despite his many years in the music business, Burton still possessed the muse and the uncanny ability to craft magic in the recording studio.

In 2012, Burton released his first ever live solo album Massey Hall which was recorded at the famed Massey Hall in Toronto, Canada. Massey Hall features some of Burton’s largest hits from his The Guess Who and solo career which span five decades including These Eyes, American Woman, No Sugar Tonight, Undun, Timeless Love, Stand Tall and Above The Ground. Reflecting on the album Burton says “I still try my best to recreate the records just the way they sounded. I have no trouble with singing these songs the rest of my life”.

Never content to rest on his extraordinary accomplishments, Burton Cummings continues to write, record and perform. “Not all artists are lucky enough to have that kind of staying power,” he admits. “It’s pretty amazing.” A consummate artist, performer and professional, he possesses an extraordinary gift for entertaining, never failing to delight audiences from 10 to 10,000 across the United States and Canada.
Audiences nightly, both those in the United States and Canada, are dancing in the aisles to the hits that defined a generation. Fans are treated night after night to inspiring concerts that they will remember forever. In the Summer of 2013 Burton is touring to Sold Out audiences across the United States and Canada.

After all these years he has nothing to prove to anyone, except himself. Few artists are as scrupulously dedicated to their craft as Burton is.

Described as Canadian rock ‘n’ roll royalty, a national treasure, and a living legend, for Burton Cummings there has always been one constant: he remains true to himself and his own way to rock. 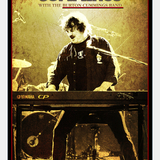 Burton Cummings - My Own Way To Rock

Burton Cummings - We Just Came From The USA 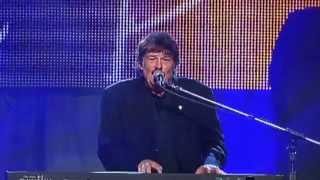 Burton Cummings - Break It to Them Gently