Suddenly Dance Theatre's vision is to support the development, creation, presentation, and preservation of the dance arts through collaboration and diverse media to reach the widest possible audience. Our original works have been highly collaborative with other art forms as a vital method for audience development.

Our resident 28 year-old company has become an established, identifiable part of the City of Victoria’s cultural community, as both an Importer (presenter) of dance and as an Exporter (creator) of dance. Our touring activity of original LIVE works and production of dance films has allowed us to be proud ambassadors - through national television (OPIUM, AISLING & GUTHRIE SWIMS THE LAKE); Film Festivals (New York, New Delhi); residencies (Ireland); as well as works toured to such diverse places as Seoul, Kim Hae, Busan, Daegu (South Korea), Hornby Island, Vancouver, Nanaimo (BC) and Guelph (Ont).

Innovations include our large-scale outdoor dance video installations RUSH OF WATER / RUSH OF AIR (2012) and OPHELIA (2014); and WITS IN MOTION (2016/17), a new non-verbal, anti-bullying dance-film for youth.

A new dance-film WE ARE DIAMONDS will premiere in 2020 featuring Dab Dance Project (South Korea) directed by David Ferguson. Also in 2020, a new play IN A NUTSHELL written by David Ferguson and starring Lynda Raino will have its first reading (Commissioned and Developed by the Belfry Theatre, Victoria BC).

Suddenly Dance Theatre Society is based in Victoria, British Columbia, Canada and was formed in 1992 by David Ferguson, Lori Hamar, and Miles Lowry. We are a charitable non-profit society (BN #885685636RR0001) led by a Board of volunteer community members. Our work has been supported by: The British Columbia Arts Council, Capital Regional District Arts Development, The Canada Council, Heritage Canada, Bravo!FACT Foundation, and the City of Victoria.
Artistic co-Directors: David Ferguson and Miles Lowry 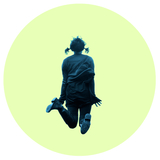