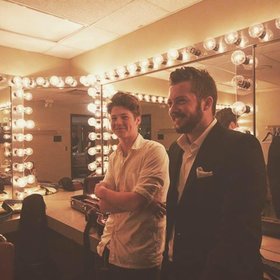 other sites: youtu
Fronted by brothers Morgan and Nelson Bankes, The Bankes Brothers have been making music together since their debut in 2015. The band really came together however, once their powerful vocals were eventually accompanied by the talented Carson Cleaver on lead guitar, Ross Haskett on bass guitar, and Gray Oxley on drums. They all come from an array of... more info
Submit info on this show to our admins