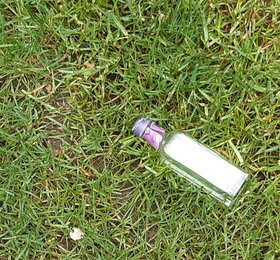 Visual Arts:
Nomadic Souveinier:
This work is a photo series documenting a multitude of moments of art practices in varying locations and settings. In the process, I would move within a city or landscape looking for an object with a unique perceptual value that I could perceive through an artistic lense, or in a strange location, or both. In the case of the first object, I photographed the object and then removed it from its location and brought it with me. After this, I relocated to a different city and repeated my search. This time, I photographed the found object in its location and then switched the objects and documented the switch. I took the new object with me. I have completed this process/work in Vancouver, Victoria, Nelson, New York, and Connecticut, ten photos in all, and is ongoing as I continue to find my body relocated from one city to another.
The work speaks to the fluidity of objects through borders, where one can trace a line of art throughout time and space without ever finding a resting point indefinitely and in a world where a found, inanimate body can be more easily relocated than the body of a human, or something of organic nature. In the contemporary landscape where migration is dangerous and uncertain, I use this practice to contemplate the elusive qualities of relocation.
The work also speaks to human intervention, where I, as an artist, am making specific changes in landscapes other than my own. The changes made are barely noticeable to another wanderer, but bring about a strangeness of locality. I move a crab claw from a beach to a train track in the interior of BC, and take a piece of the track to downtown New York. Each act of intervention destabilizes the landscape, and though it rests easily within the frame of a photograph, opens up the possibility for questioning intervention when encountered at their locations.