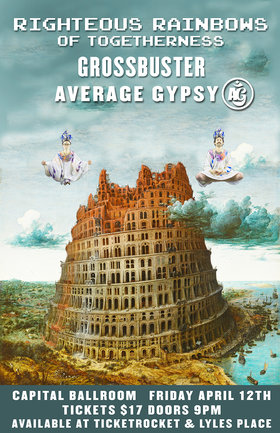 Music: Electronic / DJ, Hip Hop / Rap
Big bass and big love for all of the dancers, lovers and gentle hearts who wanna get their boogie on

After years of performing with touring bands, a solo project involving a midi controller and chopped up samples resulted in Grossbuster. He quickly joined the internet based beat collective Pragmatic Theory (UK) and played his first show in May 2013. In less than a year, Grossbuster has opened for Redman, Bun B, Jpod, Freestylers, Sweatshop Union, ... more info
Videos: