Join us for Open Face Beholding - a performance created by Delaney Tesch, Direct...

Join us for Open Face Beholding - a performance created by Delaney Tesch, Direction by Karin Saari

One-part living art exhibition, one-part theatre performance, open face beholding is an exploration of the cross-section between religious iconography and visual culture. Originally produced in January of 2018 to acclaim in the local theatre community, the piece has been reworked to be more evenly distributed between performance and sculpture, utilizing the original lighting and installation along with added projections and scenic/sculptural elements. This new iteration, neon cathedral, is a Las Vegas grunge vision of who we pray to, and what we pray for. Using Roman Catholic iconography with a dirty Americana overlay, a series of performers bring to life stationary effigies and shrines that have familiar faces, familiar shapes, but edge towards that uncanny valley. neon cathedral utilizes elements of installation, projection, interactivity, and live performance to create a liminal space that is both gallery and church, theatre and confessional.

Delaney is a queer visual artist and designer who specializes in concept creation and production design. She is a recent graduate from the University of Victoria’s Theatre Design Program, earning a BFA with distinction, and participated in the Banff Centre for Arts and Creativity's "Designing for Dance" program in July 2017. open face beholding was originally produced for Intrepid Theatre’s YOUshow Series in January of 2018. Her most recent show, songs about love, is a micro performance installation in a bathroom, and was recently hosted at Impulse Theatre’s PEEK-FEST 2018, a new festival for emerging and developing works in Victoria BC. Delaney currently lives in Victoria, BC on unceded Lekwungan territory, and is designer-in-residence at the local indie theatre company, Vino Buono. She is one of the founding members. Recent theatrical design credits include The Fitting Room (Collectivus Theatre, 2018), which won Bravest Show and Pick of the Fringe at the Victoria Fringe Festival 2018, and Drops in a Broken Fountain (Geodesic Theatre, 2018), which won the 2018 Best New Play Award at the Winnipeg Fringe Festival. 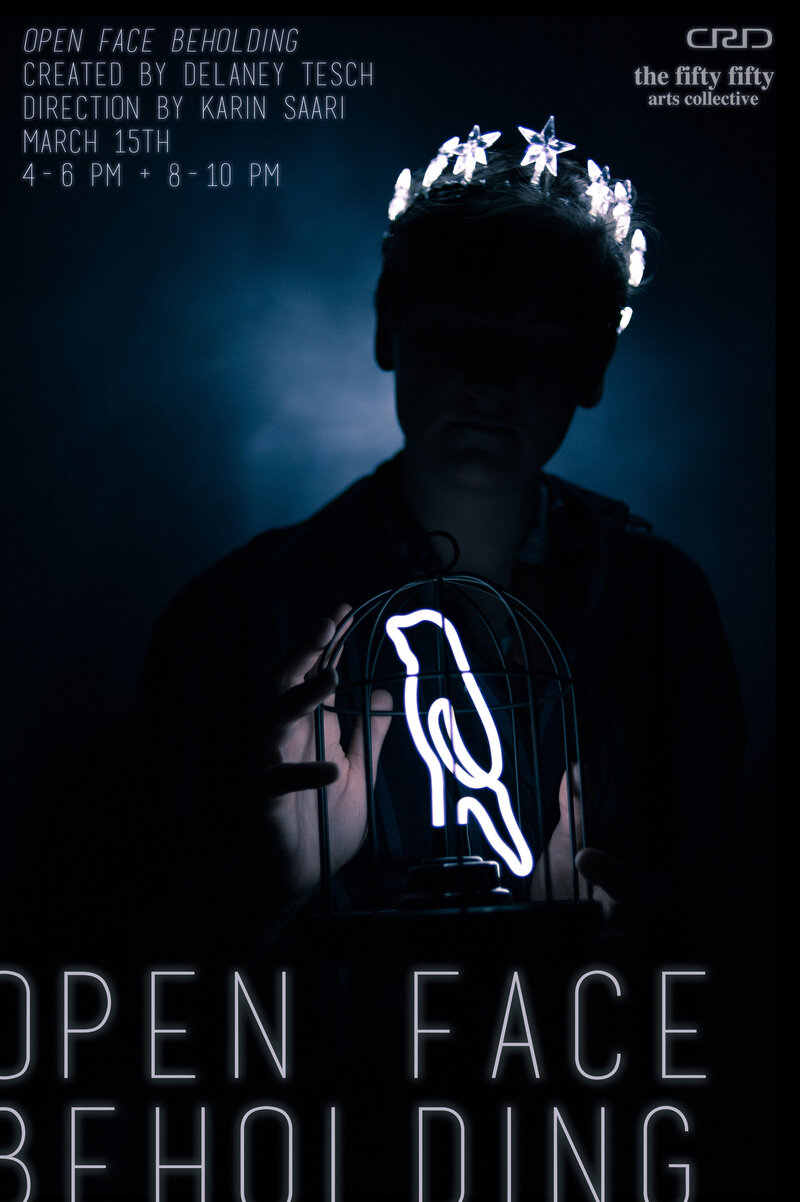