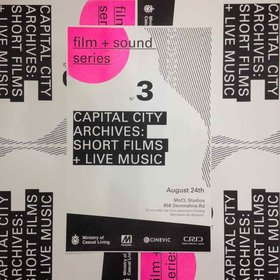 This event is curated by Jameel Mulani, Emma Holland and Aimée van Drimmelen. Thanks to the Victoria CRD, MediaNet, CineVic and Kees Dekker for their support.

The Price is Dodd’s


The Ministry of Casual Living (MoCL) is a registered non-profit society and a member of the Pacific Association of Artist-Run Centres, exhibiting the works of contemporary emerging and mid-career artists since March 2002. Established to provide artists from all disciplines with an accessible venue for experimentation, MoCL is committed to promoting critical, self-reflective discourse, and integrating the artistic process into all aspects of everyday life.

We are located on Unceded Coast Salish Territories (Victoria, BC Canada). We operate studios at 858 Devonshire Road, in the Esquimalt Industrial Park, a window gallery generously donated by Cenote Restaurant in the Odeon Alley, and the PedalBox/PaddleBox mobile Bike Cart Galleries.