The Upstairs Cabaret (No Minors)

Dead Meadow’s unique marriage of Sabbath riffs, dreamy layers of guitar-fuzz bliss, and singer Jason Simon’s high-pitched melodic croon have won over psychedelic pop/rock and stoner rock fans alike. Although the band’s members met while attending all-ages shows in and around Washington, D.C.’s punk/indie scene, the trio draws more of its sound from such classic rock legends as Pink Floyd and Black Sabbath. The trio formed in the fall of 1998 out of the ashes of local indie rock bands the Impossible 5 and Coulour, with singer/guitarist Simon, bassist Steve Kille, and drummer Mark Laughlin. The three members set out to fuse their love of early-’70s hard rock and ’60s psychedelia with their love of fantasy and horror writers J.R.R. Tolkien and H.P. Lovecraft.

They released their six-song debut album in 1999 on Fugazi bassist Joe Lally’s Tolotta Records and a joint vinyl release on D.C. indie label Planaria Records. In 2001, the band released its second and third albums, Howls from The Hills and Dead Meadow, on Tolotta. Within a relatively short period, the D.C. trio received offers to tour with everyone from local D.C. hipsters The Make-Up to seedy psychedelic rockers Brian Jonestown Massacre; eventually, they landed the opening slot for high-profile indie veterans Guided by Voices. The group was also invited to record live for longtime cutting-edge British radio personality John Peel for BBC Radio One. Got Live If You Want It! arrived in 2002; that year, the band lost Laughlin and found a new drummer in Stephen McCarty.

The band moved to Matador for 2003’s breakthrough Shivering King and Others. Cory Shane joined the band in time for 2005’s Feathers. Their fifth studio album, Old Growth, followed in 2007. In 2010, Dead Meadow released Three Kings, a live album and concert film in the tradition of The Song Remains the Same. Later that same year, an Australian tour was announced that would include original drummer Mark Laughlin, eventually developing into a full-on reunion tour of the U.S. and Europe and Laughlin’s permanent return to the band as 2011 began. The group spent a long, patient time self-producing and recording 2013’s epic double-album-length release Warble Womb, the first Dead Meadow album made by the all-original lineup since 2001.

BAT STEW
Have you ever been in a knife fight with a vampire? Have you ever drank gasoline with a pirate as the sun exploded? Have you ever tried to shrink your own head? Bat Stew, a rock’n’roll band from Victoria BC, has and even provided the soundtrack. Remember the Alamo? Bat Stew was there, guitars in hand. The French Revolution? Ditto. Heck, Bat Stew beat the Russians and Bobby Fischer in a tag team chess match and then vacationed on the moon with the Dallas Cowboys. Roger “the Dodger” Staubach once requested that Bat Stew play Kumbaya at the opening of his ice cream stand, the band replied with a Kumbay-Nah and set their sights on an afternoon beach drunk instead. Are you still reading this? You can’t complain if you don’t vote. That’s the law.
Bat Stew, the sensible choice for 2015.
https://soundcloud.com/mark-alexander-mcintyre/human-hive-mp3
https://markalexandermcintyre.bandcamp.com/

GRIMWOOD
https://grimwood.bandcamp.com/releases
Grimwood's combination of overpowering sludge, surreal melodies, and
angelic vocal harmonies create this trio's powerful sound. The band's
members were brought together by chance only to convene in the
basement of their local funeral home in the attempt to try and wake
the dead.

Their first, freshly released full length album 'For the Least of Us'
is full of pounding, chant-like riffs that completely reflect their
inspirations and eclectic musical tastes. Songs like 'Cracks Between
the Darkness' pull you into a hypnotizing trance with their ferocious
bass and haunting guitar lines that will put anyone into their seats.
This slowly turns into the enchanting guitar phrases and three-part
harmonies that the album ender "Handling of the Stars' boasts.

+++ Audio Osmosis spins classic/contemporary psych from the DeeeJayyy booth before after and in between bands. 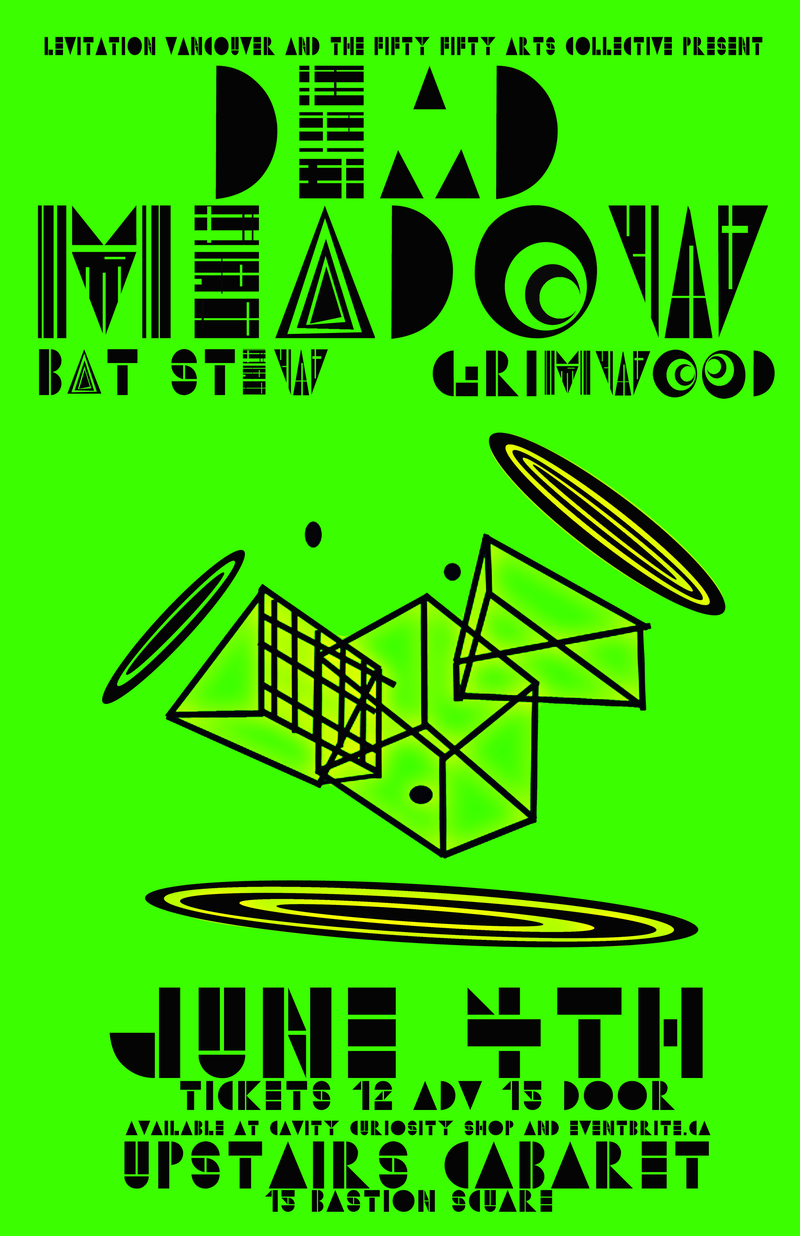