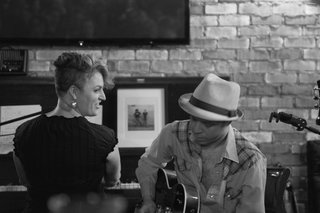 https://www.facebook.com/monicaleeband/
Label: Independant
from Vancouver BC

After 30 years of ambiguity, Monica Lee recently realized something rather terrifying: she’s a closeted country musician. It took her by surprise, but when she noticed the last five songs she had written all fit the bill, she had to look in the mirror and face the truth.

Raised in Alberta, she has been running from these roots since she was 19 and first hit the road. She studied Jazz, sang with a big band, a gypsy swing band, toured with Hip Hop artist C.R. Avery and had a weekly house gig in the heart of East Van at the Libra Room on Commercial Drive for 15 years, where she tried on every style and genre and loved them all. “What genre is your band?” became her most dreaded question. To which she would sheepishly answer, “Err … beautiful music?” At long last, perhaps she can now confidently and succinctly say: “Country!” Lee’s songs can be both powerful emotional exposés and fun runaway hoedowns. She has taken to writing songs literally in her sleep, waking up to sing the sleep-stealer into her phone, before drifting back to la-la land. These voice memos are a gold mine of melodies.

Her guilty conscience forced a mid-sleep confession in her newest song “Booze Crimes” the instant best babe to her single “Smokin’” featured in Episode II of the web series Inconceivable, alongside her ever-popular anthem “Down on the Drive.” The series has grown some serious legs, including being nominated for multiple Gotham Awards, listed as an official selection for both the HollyWeb Festival, Miami Web Fest and received five nominations in the 2017 Vancouver Web Fest.

Next on the agenda, Monica is teaming up with her long-time drummer Michael Simpsonelli to score Director Amy Starkey's short film In Her View, writing new material for the film as well as using songs from her unreleased library of originals. Lee has been sitting on an album or two worth of songs for almost seven years, and now has the happy problem of having written another book of tunes she is calling “The Basement Roses.”

Now in her mid 40’s and a mother of two, Lee’s craft is stronger than ever, offering deep, soulful melodies draped in lush beats from her amazing band. Lee is accompanied by her longstanding band-mate of almost 20 years, Jesse Waldman, who contributes his unmistakable voice on guitar, Michael Simpsonelli on drums, Beth Marie Southwell on backup vocals and Steven Huston on stand-up bass. A staple of East Van’s music community, Monica Lee Band is like a good bottle of red — just don’t’ drop it before you get a taste.

*You’ll get it when you hear “Booze Crimes”! 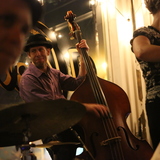 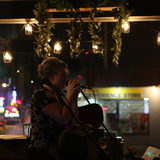 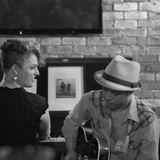