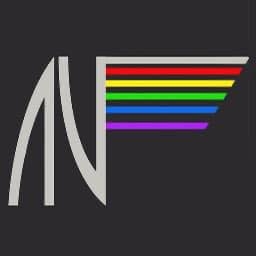 Atomic Vaudeville is an award-winning performance company based in Victoria, British Columbia.

The company was founded by Britt Small and Jacob Richmond in 2004 with the production of a monthly cabaret show that has become a beloved cult hit in Victoria BC. Since its inception in 2004, AV has produced over 70 cabaret shows in Victoria, Vancouver, Toronto, and Bellingham, and worked with over 200 local and visiting artists.

Besides cabarets, Atomic Vaudeville has produced the plays Ride The Cyclone, The Qualities of Zero,Legoland, The History of Everything, and Circus Fire in Toronto, Seattle, Bellingham, Prague, New York, Victoria and Vancouver.
Atomic Vaudeville has also been commissioned to create new work for the Victoria Erotica Film and Arts Festival, the Monday Magazine Awards, the Victoria Art Gallery, the Luminara Festival, the Vancouver International Burlesque Festival and the BC Film Commission Conference.