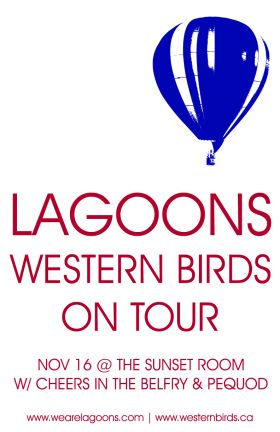 For we are under the 'Family Wing'. more info

Four recluses from a remote community in Northern Vancouver Island with Stone Age synths and Flying-V bass guitars. Western Birds were founded on the remote DeCourcy Island in British Columbia. The members descend from followers of Brother Twelve who remained on DeCourcy practicing Theosophy following the religion’s mainstream downfall in the ... more info