IN CONVERSATION WITH TOM SKERRITT – EAST OF THE MOUNTAINS

IN CONVERSATION WITH TOM SKERRITT – EAST OF THE MOUNTAINS

A retired surgeon (Tom Skerritt) makes one last journey to his boyhood home.

Born in Detroit, two-time Golden Globe nominee and Emmy Award winner, Tom Skerrit, enlisted in the US Air Force after finishing high school. When discharged, he went to Wayne State University, then transferred to UCLA as an English major, interested in storytelling. He first experienced acting as a necessity for effective screenwriting and directing. A performance in theater, led to an acting role in WAR HUNT, where he met young NY hopefuls, Robert Redford and the late Sydney Pollock. Soon after that he met, Robert Altman, a TV director, with whom he mentored until Altman was hired to do a feature film for 20th Century Fox. Altman hired Skerritt to act in Altman’s classic, M*A*S*H. That good fortune, led to several other classics, in the 1970’s; HAROLD AND MAUDE, THE TURNING POINT, ALIEN, STEEL MAGNOLIAS, TOP GUN, A RIVER RUNS THROUGH IT, CONTACT.

He is the lead actor in EAST OF THE MOUNTAINS, a movie made locally from David Guterson’s book of the same name.

He has recently been awarded the Mary Pickford Award from INDEPENDENT PRESS ACADEMY.

He and Kathy Baker worked together in David Kelley’s, Award winning TV series, PICKET FENCES, for which he and Ms Baker were awarded Emmys.

Skerritt acted on Broadway in John Grisham’s, A TIME TO KILL, and performed with the Pacific NW Ballet as Don Quixote 2012 and 2015. His mentors were directors Robert Altman, Hal Ashby, Ridley and Tony Scott. His primary writing influence was Stuart Stern.

Along with screenwriter, Stuart Stern, Skerritt and other story educators, founded The Film School in Seattle, to engage the importance and craft of storytelling in film. At the end of the Iraq, Afghanistan wars, he expanded the program to transitioning PTS vets at JBLM, Fort Lewis. The program, RED BADGE PROJECT, now serves several Veteran Centers in Washington state, helping women and Vietnam vets re-connect with themselves.

Just prior to Covid 19 arrival, along with Julie Tokashiki, his wife, they developed a PNW life style focused media content provider, TRIPLE SQUIRRELS. The content, of which, is EVRGRN channel 284 via streaming STIRR app. EVRGRN channel is now available on five other streaming channels, reaching out to a potential 10 million viewers

He is now writing a memoir and two new screenplays

EAST OF THE MOUNTAINS

The legendary Tom Skerritt portrays retired widowed heart surgeon Ben Givens in this acclaimed drama adapted from a story by David Guterson (Snow falling on Cedars). Dr. Givens decides against telling his daughter Renee (Mira Sorvino) about a diagnosis of terminal cancer, opting instead to head to his childhood stomping grounds in eastern Washington state with his trusty dog Rex to negotiate his “shuffling off this mortal coil” . While looking for a spot in the forest to end his life, a chain of events leads him to a new friend Anita (Annie Gonzalez) and a reckoning with his memories of his youth.

Co-producer Jane Charles is beloved by many in the Victoria film community, known for bringing many quality productions here. Both Skerritt and Director SJ Chiro are receiving major acclaim for this film, with the Hollywood Reporter describing it as “a quiet gem”, and the Seattle Times proclaiming it a “movie solidly anchored by Skerritt’s disciplined, deeply felt work. It’s one of the best performances of his career.” 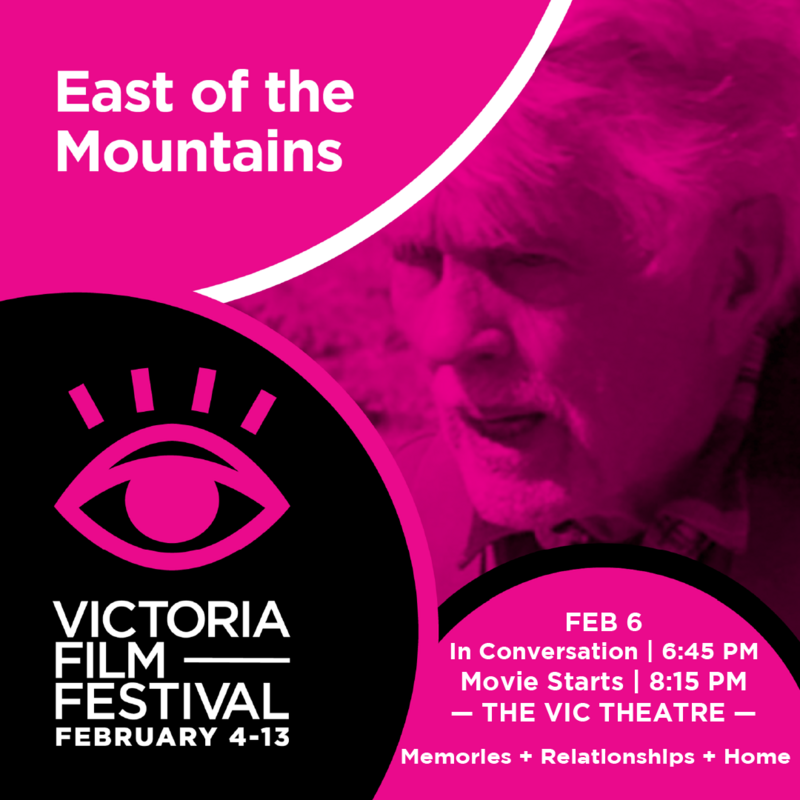