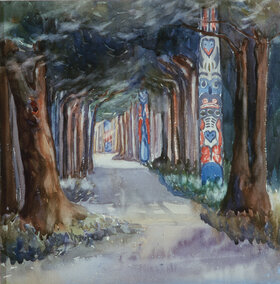 Visual Arts: Installation, Painting Cultural / Heritage: History / Heritage
Emily Carr’s legacy is very much intertwined with the land and sites of this region. She is celebrated for the way in which she articulated what she saw in these landscapes through painting and for how she interpreted and portrayed Indigenous village sites, landmarks, and culture.

Emily Carr: Seeing and Being Seen is split into two sections. Half the gallery showing how she documented what was around her, highlighting many of the works she is praised and admired for today. The other half focusing on how artists and historians of various backgrounds and worldviews have, and continue to react to, and interpret her legacy and body of work.

The section called Seeing displays 13 works by Carr such as: Odds and Ends, Big Eagle at Skidegate, Above the Gravel Pit and more. This half of the exhibition will focus on bringing a more fulsome narrative to the intersection of land and cultures that Carr was documenting through her work. Not only showing what Carr recorded through her paintings at these sites, but also what other stories and lived experiences exist there. That is the stories, peoples, and cultural significance that long precede these fleeting moments captured by a settler person at a very specific point and perspective in time.

Being Seen examines works by other artists impacted by Carr’s legacy. Artists who admire her work, historians who adore her, and works that hold her accountable and critique her engagement with Indigenous peoples. Showcased in this section are artists such as: Edythe Hembroff-Schleicher, Pat Martin Bates, Jack Shadbolt, Isabel Hobbs, and Joan Cardinal-Schubert offering many varied perspectives to engage with. Schubert’s work titled Birch Bark Letters to Emily Carr: Astrolobe Discovery depicts letters written to, and imagined conversations between Carr and the artist of Kainaiwa ancestry. All of these people see Carr through their own unique vantage point, and contribute to the ongoing discussion about what her work and legacy represent. The lens through which artists are seen by others shapes their legacy throughout their lives and after they are gone, and Emily Carr is no exception. 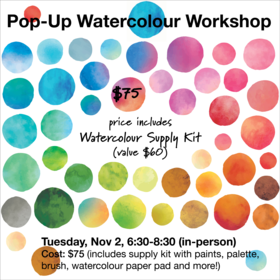