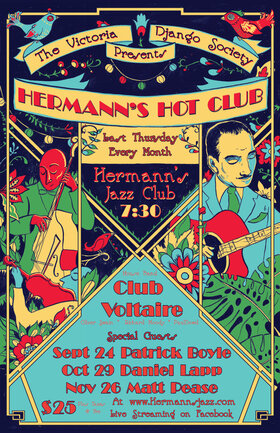 Originally from Newfoundland, Canada, he appears on over 50 commercial releases and 3 acclaimed solo albums. CBC Radio has called him a “trumpet personality” and “one of Canada’s top jazz musicians.” He has cultivated the rare ability to synthesize a range of influence – including jazz, rock, trad, Balkan, and South Indian music – which all come together into a rhythmically compelling musical voice. In 2009, Patrick performed at Carnegie Hall with tabla virtuoso Zakir Hussain.
You can donate directly to the musicians and this venue at ArtsOnView.ca/Donate