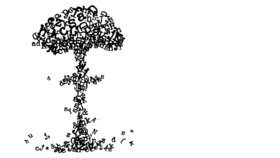 Theatre: Drama
Pay What You Can

Motswana simply means “citizen of Botswana.” The Republic of Botswana is one of Africa’s wealthiest countries. This intimate multi-lingual show satirically questions who exactly can claim to be a Motswana. What unexpected revelations come up once we acknowledge that African borders were drawn as a fiction fabricated to serve European greed? Is “Motswana” perhaps a misnomer given the migratory nature of African peoples before borders?

Motswana: Africa, Dream Again is the story of Botswana and its people as they transition from a British colony to an independent state. The play premiered off-Broadway in 2012 where it won an award at the United Solo Festival, the world’s largest solo theatre festival. Written, directed, and performed by Molosi, the play has been performed across the US and is on tour in Botswana and South Africa. A talkback follows the reading.