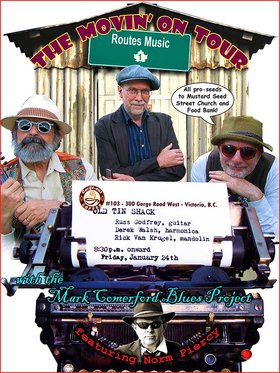 Music: Country / Bluegrass / Rockabilly, Folk / Celtic / Latin / World, Jazz / Blues
This is a good reason to get out of the house in January.

A joint concert with Old Tin Shack and the Mark Comerford Blues Project, with Norm Piercy! Two separate bands to start, then a big combined group at the end. A great reason to get out of the house in January ;)

Show is by donation, with all donations going to the Mustard Seed Food Bank. 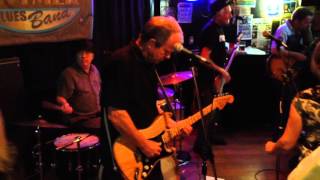 A true born and raised Victorian, Norm's first foray into music was growing up with an accordion in his home and learning to play by correspondence. But it wasn't until his high school years in the fall of 1963 when his interest in music was peaked by a young teacher who had just moved to Victoria from England and told him about the Beatles and oth... more info
Videos: 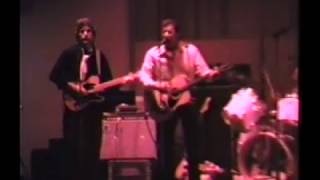 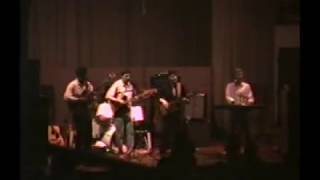