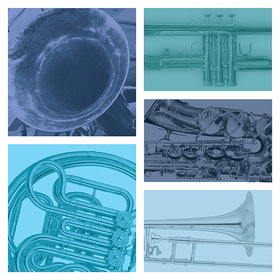 Music: Classical
Theory professor and pianist Harald Krebs brings together his love and knowledge of song repertoire in a UVic School of Music concert featuring faculty brass and a few guests—who also possess a joy for playing songs. Together they will delight audiences with their arrangements of songs by German, French, and Spanish composers. Songs normally have words, but the arrangements on this program lend the lyrical lines to the instrumentalists.

The concert title is a pun on Felix Mendelssohn’s most famous song, On Wings of Song, which will open the concert. With trombonist Scott MacInnes and principal horn of the Victoria Symphony Alana Despins, Krebs will perform songs by Johannes Brahms and Mendelssohn. Songs by Fanny Hensel—including two unpublished, recently transcribed songs—will feature trumpeter Merrie Klazek. Joined by tubist Paul Beauchesne, Krebs will play Gustav Mahler’s youthful Songs of a Wayfarer. The Sobremesa Quartet, a talented group of saxophonists from the studio of professor Wendell Clanton, will play arrangements by Sharon and Harald Krebs of songs by Josephine Lang. The afternoon will close with arrangements of vocal duets by Robert Schumann and the almost unknown composer Richard Roessler, with the aforementioned musicians in various configurations.

Scott MacInnes, although still youthful, has gathered a sizable amount of musical experiences. Upon finishing his Undergraduate Degree, in Classical Music Performance on the bass trombone at the University of Toronto, Scott free-lanced in the Greater Toronto Area and throughout Ontario, playing with a great number of ensembles, including: the Toron... more info
Submit info on this show to our admins