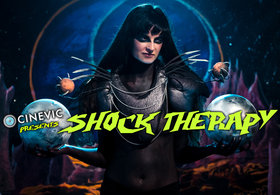 Short Indie Creepy Campy Horror Films From Around The World!

After an incredibly successful debut in 2018, we're back for another round of fun in 2019! Our programming team has selected this year's best genre-mashing and mind-bending short films, with a focus on the smart, creative, moody, and psychological. We are pleased to bring 16 films to Vancouver Island in two programs from all around the world!

SCREENING TWO - 9pm
How do we know the things we know are real, and what is real anyway ...