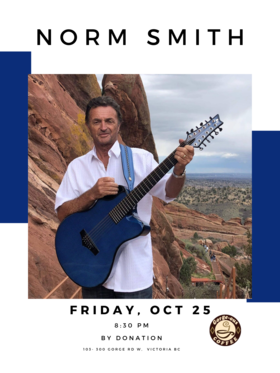 Norm previously played in his band The Jolly Mon Band and currently plays solo shows and with friends around the West Coast.