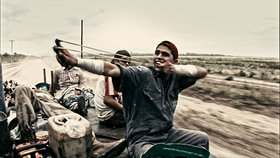 Film: Documentary
Northern Argentina, old forests are being replaced by huge soya plantations. Solanas’ film investigates the social aftermath of monoculture and the uncontrolled use of weed killers and other chemicals. Do ecological alternatives have a chance? The film was featured in the 68th Berlin Festival.