Music: Visual Arts: Literary:
Please join us at the Look Show location, 747 Fort Street for this special evening of words and music with a talented roster of artists!

This special event will take place as part of the VAC annual LOOK Show, and is partially sponsored by The League of Canadian Poets / Canada Council for the Arts.

bill bissett uses unusual orthography and incorporates visual elements in his printed poetry, and his performance of "concrete sound" poetry, sound effects, chanting, barefoot dancing and playing a maraca during his poetry readings. Frank Davey described him as "rejecting the conventional or 'straight' world [...] not only in lifestyle but in ruthless alterations to conventional syntax and spelling."[8] Themes inhis work range from the mystical to the mundane, incorporating humour, sentimentality, and political commentary. He often does not capitalise his name or use capital letters in his work or correspondence. His newest book is titled breth: th treez uv lunaria: selektid rare n nu pomes n drawings, 1957–2019, and is published by Talonbooks.

Geoff Inverarity is one of the founders of the Gulf Islands Film and Television School. He is also a father and an award-winning screenwriter, producer and poet who splits his time between Galiano Island and Vancouver.

A past president of the League of Canadian Poets and the Federation of BC Writers Linda Rogers Van Krugel lives in Victoria, British Columbia, where from 2008 to 2011, she served as the second Poet Laureate of the City of Victoria

Stephen Roxborough is the co-founder of the Burning Word poetry festival, board member of the Washington Poets Association and Head Poet for Madrona Center. An award-winning performance poet, Roxborough was nominated for a 2003 Pushcart Prize. He lives in Anacortes, Washington.

Rick Van Krugel is a blues musician and illustrator. He has also illustrated Blue Bag Blues. With Linda Rogers Van Krugel, he perform songs and stories at schools, libraries and festivals all over the map. 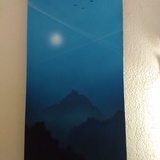 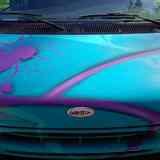 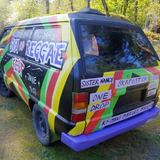