The Boston-based Lonely Heartstring Band (fiddle, guitar, mandolin, banjo, bass and vocals) offers a unique blend of original and traditional tunes from the old-time, bluegrass, folk, and jazz genres. Since winning the prestigious International Bluegrass Music Award (IBMA) in 2015, this band has been on the rise in the North American acoustic scene. Four of its members (Patrick M’Gonigle, Gabe Hirshfeld, Matt Witler and George Clements) met while studying at Boston’s Berklee College of Music. The fifth member, Charles Clements, graduated from the New England Conservatory and the Manhatten School of Music. This concert is part of their west coast spring tour. In addition to promoting their 2016 Rounder Records CD, “Deep Waters,” they will feature a whole slate of new tunes from their upcoming 2018 CD. Two rising young stars, Allison De Groot (banjo) and Tatiana Hargreaves (fiddle, vocals) will open this show.

"These guys are as close to the Real Deal as it is possible to get. They made my hair stand on end.”~Darol Anger, fiddler for Republic of Strings, Faculty, Berklee College of Music
“Their music is addicting, and just like viewing the Grand Canyon, you can’t begin to find the words to describe the wonder witnessed.” Bluegrass Unlimited
“The Lonely Heartstring may well be a precursor of what bluegrass music will sound like in the future.” John Lawless, Bluegrass Today 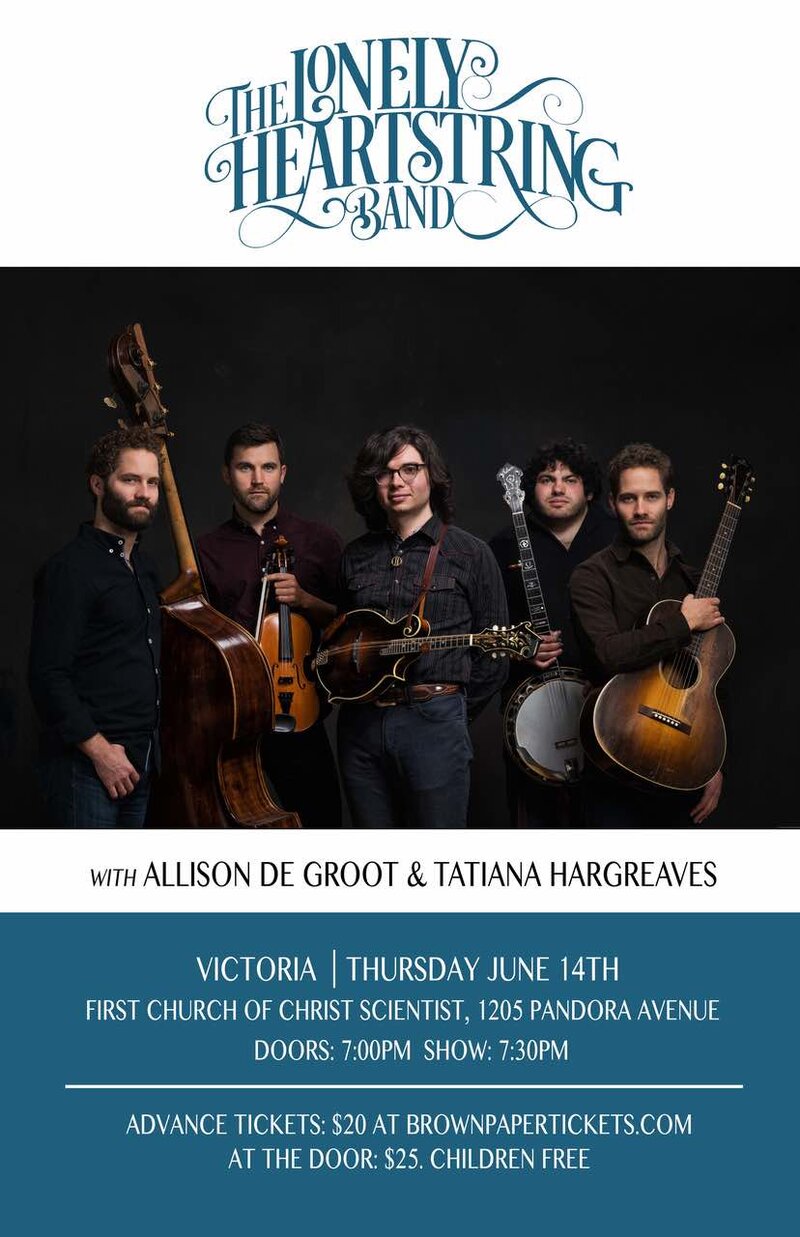