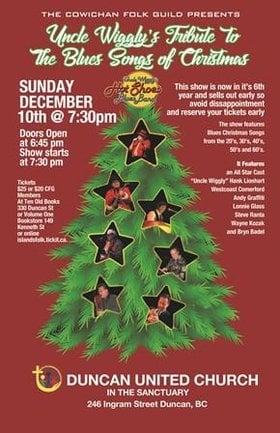 Music: Jazz / Blues
One of the Island's best blues band presents some of the finest bluesy Christmas tunes you're going to hear anywhere.