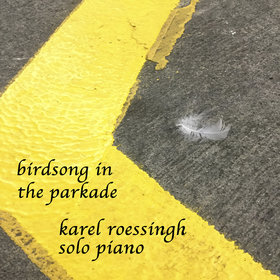 Music:
Karel Roessingh plays songs from his new piano solo CD "birdsong in the parkade", recorded on a Steinway grand in the lowest level of Victoria's View Street parkade, with music based on bird songs collected on a 2016 camping trip across Canada.