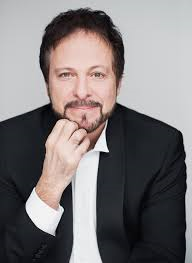 From Edward Johnson who became in May 1935 general manager of the Metropolitan Opera and held the position for fifteen years to Jon Vickers, Louis Quilico, Pierrette Alarie & Léopold Simoneau (known as Mr. and Mrs. Mozart worldwide), Maureen Forrester, Raoul Jobin, Portia White (considered to be the first Black Canadian opera singer), André Turp, Joseph Rouleau, Pauline Donalda (Founder of the Opera Guild in Montreal and creator of the role of Concepcion in Maurice Ravel’s opera L’heure espagnole!), Teresa Stratas, Richard Verreau, one of the most celebrated tenors of his time, the list goes on.

Having enjoyed a tremendous career himself, Gino Quilico is truly the best candidate to honour those great ambassadors, those great voices of Canada who have all been instrumental in building our country's enviable reputation.

Gino Quilico has sung in two feature operatic films and over 20 complete opera releases, including the 1995 Grammy-winning recording of Les Troyens. He was named the Canadian Music Council's "Artist of the Year" in 1988, is Canada's first Goodwill Ambassador to the United Nations High Commissioner for Refugees, and in 1993 was named an Officer of the Order of Canada.

A native of Victoria, Robert Holliston studied at the Victoria Conservatory of Music and at the University of British Columbia. As a soloist he was a prizewinner in competitions in Colorado and Toronto, and has toured extensively throughout North America, England and New Zealand. Robert is Head of the Accompanying Department at the Victoria Con... more info
Articles: Victoria Conservatory of Music opens doors for faculty
Submit info on this show to our admins