Open Action: A Collection of Photographs and Relics from People Who Perform: Joh...

A Collection of Photographs and Relics runs from January 6th to Sunday, January ...

OPEN ACTION is a collective of performance artists based in Victoria, BC, Canada, dedicated to site-specific actions performed in public spaces.

Since 2010, once a month, OPEN ACTION artists meet at a pre-selected site to perform simultaneous individual actions. Each artist responds independently to the site’s compressed layers of history, material evidence, pedestrian activity, aural and visual phenomena and unforeseen elements, all filtered through her or his evolving sensibilities and practices. The nuances of the individual actions intersect with one another in unplanned and surprising ways, inviting the casual observer to consider what is taking place and how they are implicated, or not, in the actions performed. This process becomes the grit that fuels individual performances as well as the evolution of the collective as it deposits the aura of its interventions into the ever-changing fabric of the public space.

OPEN ACTION is an open invitation to any artist in the community, and through the act of witnessing, to any observers, to experience and embody a common responsibility towards being engaged, being critical, and being open to the possibility of a paradigm shift in perception of self, others and contested sites of encounter.

The collective’s performance duration is typically between 1 and 3 hours.

OPEN ACTION’s unexpected framing of space, time and context in a shared artistic response often generates conversation, artful participation and illumination for and from observers, whether casual or focused. It sometimes generates interest from site personnel, whose reactions and responses can become intertwined with the performance, adding layered realities, understandings and perhaps quick changes of location.


JOHN G. BOEHME
Live artwork presents a direct relationship with material, action, process, and human interaction. Physical involvement is the most embodied way to create meaning. Through durational works artist and spectator gain access to an experience uniquely available through such commitment. This is the archetypal modality of ‘performance art’, an experience that unfolds through an extended period of time. Although there is no alternative to the durational aspect of performance, I remain interested in the question of representation of performance, the clear and obvious problem of making the ephemeral available to a larger audience at a different time.

DOUG JARVIS is interested in conceptual strategies for the artistic production of perceptual and pseudoscientific devices that question technology as a human attribute. His art practice incorporates sculpture, drawing, performance, digital imaging, and the Internet to render the experience of being a sensory agent in the world. He
performs independent research in an international context constructing theories of collaged space, fictional entities, and the sense and nonsense of engagement with the things around him. He develops projects to challenge and critically engage these ideas and to highlight his own sense of paradox as an active participant in a world in which he absorbs and exhausts simultaneously.

JUDITH PRICE has maintained a transdisciplinary art practice for over 25 years. Her body of work includes performance pieces, performative videos, video installations, site-specific installations and short films. The British Columbia Arts Council, the Canada Council for the Arts, and the City of Victoria, have funded her works and they have been shown nationally, internationally and on the Internet. Price lives in Victoria, BC where she teaches postsecondary courses in time-based art. Her performances display her ongoing exploration of interventions, and interactive, collaborative and durational works. She does monthly performances in public sites with Open Action, a Victoria artists’ collective.

GRACE SALEZ has been engaged in a multi disciplinary art practice since graduating from Emily Carr University of Art
+ Design. Her work includes short personal narrative films & videos, video art, video installations, and performance art. Grace engages the public to consider her representation of ‘self as an aging body’, as a possible agent of change. An aging body adrift in a culture of effervescent youth-fullness is marked with decades of historical baggage, and although this body becomes invisible in our youthful public realm 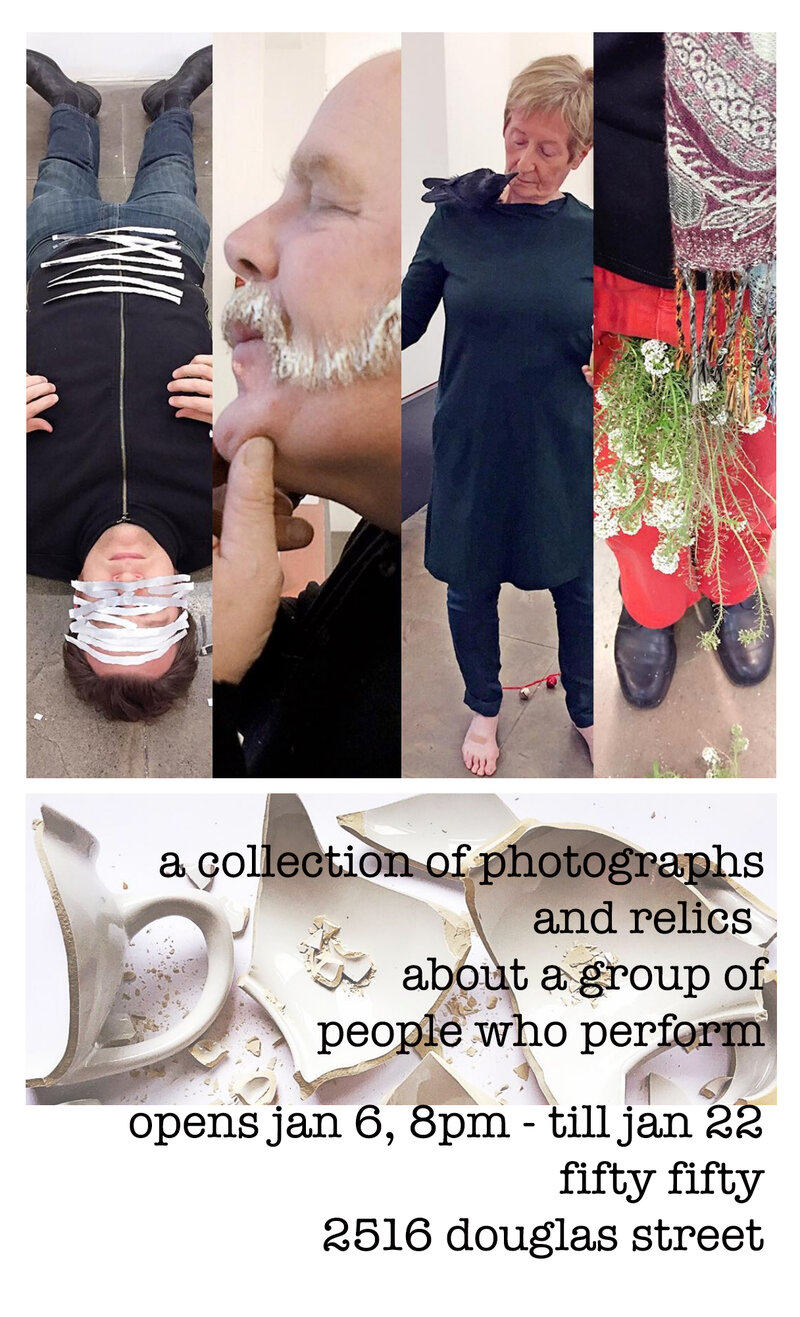