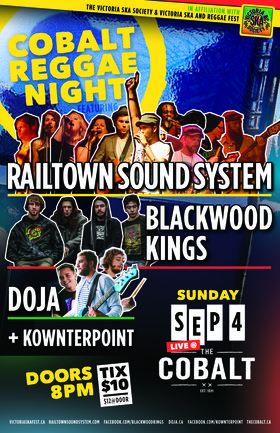 2016 was a landmark year for Railtown with the release of our debut album, consistent gigging throughout the year from clubs in Vancouver and the lower mainland in Squamish, Hope and Roberts Creek where we’ve shared the stage with some of the finest local bands to performing at our first major international festival (Rifflandia) in Victoria. The... more info

A multi-genre band from Vancouver B.C. who love to play live. Since releasing their Homegrown Sound E.P in August 2016... they have recorded a new album that is coming out soon. Keep an eye on these cats as they love to play a different style show each one. Youll never know what to expect! more info
Audio: Gift of Life, 4th Floor
Submit info on this show to our admins