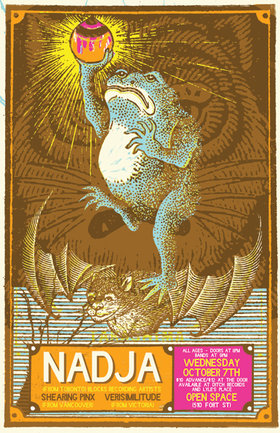 Shearing Pinx are an Experimental/Punk rock band from Vancouver, British Columbia, Canada. Formed in 2005, the band is made up of Nic Hughes (Vocals/Guitar) and Jeremy Van Wyck (Drums). The band has over 50 releases including vinyl records, cassettes and CDs, most of which are on singer Nic Hughes' own record label, Isolated Now Waves. more info
Articles: CD REVIEW Shearing Pinx, Shearing Pinx Homecoming Bash (Shearing Pinx, The Sorrow and the Pity, V. Vecker, i/i, and a bunch of bands that I did not see) 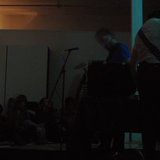