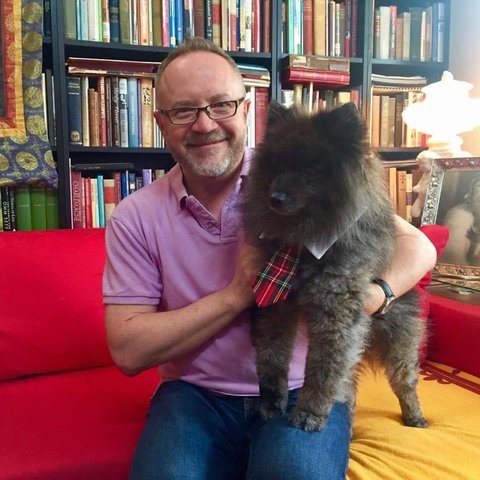 from Victoria BC
https://grantmenzies.wixsite.com/author
other sites:

For over a decade, Grant Hayter-Menzies has specialized in biographies of extraordinary women, publishing the first full length lives of stage and screen stars Charlotte Greenwood and Billie Burke, Chinese-American author Princess Der Ling, diarist Sarah Pike Conger, wife of the American ambassador to China and friend to the controversial Empress Dowager Cixi of China, Pauline Benton, the American-born master of Chinese shadow theatre, and Lillian Carter, mother of President Jimmy Carter. In 2015, Grant published a biography of Rags, the mascot terrier of the First Division in France during WWI, and his biography of Dorothy Brooke, the Englishwoman who in 1930 Cairo, Egypt discovered and saved thousands of elderly and abused warhorses, mules and donkeys abandoned by British forces at the termination of WWI, was published in the US and UK 2017 and 2018. His biography of Woo, the Javanese monkey companion of Canadian artist and writer Emily Carr, was published in March 2019 by Douglas & McIntyre; 'The North Door: Echoes of Slavery in a New England Family', Grant's memoir of discovering his ancestral legacy of three centuries of slavery, was published in spring 2019. He has contributed to numerous collections and anthologies. Grant lives in Victoria, British Columbia, Canada, with his dog Freddie and partner Rudi.