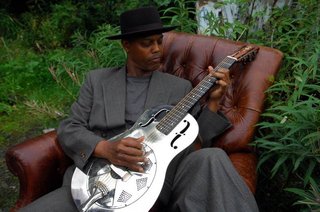 Eric Bibb’s father, Leon Bibb, certainly helped his son dig a little deeper. An acclaimed singer in stage musicals and a senior figure on the New York folk scene of the 1960s, Leon gave his son his first guitar when he was seven, and introduced him to a who’s-who of musical icons. Eric’s godfather was actor singer and activist Paul Robeson; his uncle was jazz pianist and composer John Lewis. Family friends included Odetta, Pete Seeger and Josh White.

A professional player at 16, playing in the house band for his father’s television talent show, Something New, Eric went on to study (psychology and Russian) at Columbia University, but "after a while it just didn't make much sense; I didn't understand why I was at this Ivy League school with all these kids who didn't know anything about what I knew about," he says now. Aged 19, he left for Paris, where a meeting with American studio guitarist Mickey Baker focused his interest in blues guitar.

A few years later he moved to Sweden and settled in Stockholm, where he found a creative environment that, oddly, reminded him of his teenage days in Greenwich Village. He made a handful of albums, starting in 1972, and began meeting and playing with local musicians as well as newcomers from all over the world. He laughs: “There was a budding world music scene going on, long before it became a marketing concept."

His breakthrough album, Good Stuff, was released in 1997 and led to Eric signing to a British label, which in turn released Me to You, featuring appearances from some of his personal heroes, among them Pops and Mavis Staples and Taj Mahal.

The album furthered Bibb's international reputation and was followed by tours of the UK, the United States, Canada, France, Sweden and Germany. And so it went through the 90s and the first decade of the new century — he made consistently good records, and built audiences from Stockholm to Sydney, Vancouver to Vienna, Paris to Peoria, New Orleans to Newcastle, and from B.B. King’s club in New York to the Bluebird Café in Nashville.

From Albert Hall to rundown bars

Over the course of many album releases over the years Bibb has been nominated for multiple Blues Music Awards in several categories. In addition to the Grammy-nominated Shakin’ a Tailfeather children’s album (with Taj Mahal and Linda Tillery and the Cultural Heritage Choir), other noted albums included Friends, which featured Odetta, Charlie Musselwhite, Guy Davis and Mahal as special guests. Two collaborations with his father (who lives in Vancouver) were A Family Affair and Praising Peace: A Tribute to Paul Robeson, which Stony Plain released in 2006. More recent was his 2010 Booker’s Guitar, a tribute to blues pioneer Bukka White, on which he played White’s steel-bodied National guitar.

A four-decade career, 35 albums, countless radio and television shows and non-stop touring have given Eric Bibb a world view that’s tempered by curiosity and compassion, and the ability to see himself in other peoples’ shoes.

Gotta help one another

A hand is on the gate

Let a brother walk through

An Eric Bibb performance — and his recent Dixie Frog/Stony Plain recording and the one to come later this year — is an enriching experience, both musically and spiritually.

Music is more than a style or a fashion

It’s ‘bout the swing, the soul and the passion

If I feel it — that’s good enough for me

Michael Jerome Browne
"...one of the finest musicians who is well versed in so many interrelated genres when it comes to roots, Americana, blues, Cajun, you name it, Michael has got it under his belt in a big way and instruments in his backpack... Any chance I get to hear Michael and then play with him is a chance I'll leap at."
-Eric Bibb, interview with Holger Petersen (Talking Music)

"An exceptional songwriter and singer."
- John McLaughlin (The Province, Vancouver)

“A multi-instrumentalist and singer of vast talent."
- Brad Wheeler (The Globe and Mail- Toronto)

Whether he's gliding a slide across his national guitar, pulling his bow over the fiddle strings to play a lively Cajun waltz, or frailing away on his gourd banjo Michael's passion and virtuosity always shine through. In the true tradition of folk music, his performances inspire us to see the interconnections between the many cultures and influences that gave birth to American Roots Music. Gospel, Blues, Old-Time, Country, Soul and Cajun, expect to hear all of this and more from a performer who's been called a street-smart archivist and an absolute treasure.

Born in South Bend, Indiana, Michael is the son of English professors whose love of music and poetry inspired them to take their nine year old son to the great jazz, blues and folk clubs in their adopted home of Montreal. By the age of fourteen, MJB was already a regular on the vibrant folk and coffee house scene adding banjo, fiddle, and mandolin to his masterful command of all variety of guitars and harmonica.

A musician's musician, when he isn't performing his own material he is in demand backing up and recording with artists such as: Eric Bibb, Jordan Officer, and Susie Arioli. 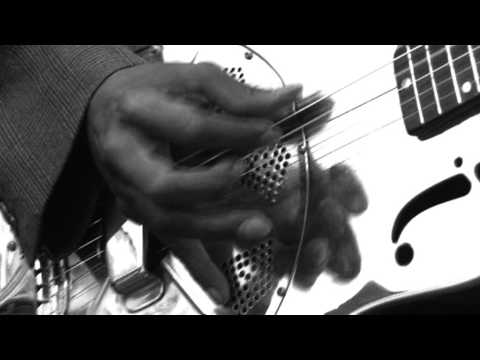 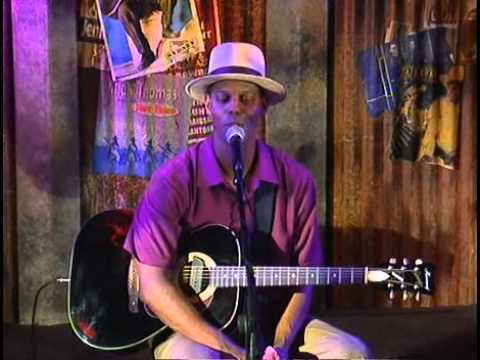 Eric Bibb - Live At The Basement(DVD)

In this Video Artist(s) Eric Bibb featuring Michael Jerome Browne
Posted: Sep. 16, 2014
Submit info on this to our admins