The title song of Old Yellow Moon may be the concluding track on the first official album-length collaboration between Emmylou Harris and Rodney Crowell, but it actually represents a starting point for this long-anticipated project, produced by Brian Ahern. These two old friends and occasional band mates, Harris explains, “were picking songs as we sat around Brian’s big kitchen table, with his extraordinary microphones hooked up to the computer just to make a demo. We would pick a key or toy around with an idea just to make a sketch.” Harris was going over Hank DeVito and Lynn Langham’s “Old Yellow Moon” with Crowell for the first time, but their impromptu performance together was so naturally emotive that Ahern decided to build a track around it. “That’s a kitchen table recording. Brian later brought in Lynn to play the piano; she had a certain feel that only she could do to really honor the song and the reading we had given it. We added a few other things and it became the title track.” Harris pauses to consider this before declaring, “I love the way records get born!”

It was nearly 40 years earlier, in 1974, when Harris first heard Rodney Crowell. At the time, she was also sitting at a table with Ahern, then based in Toronto, who was tasked with producing her first solo recording for Warner Bros. Records following the sudden passing of Gram Parsons, Harris’s singing and touring partner. They were auditioning song demos, but the session wasn’t going too well, Harris remembers: “There was nothing that appealed to me. I would listen to a whole song and Brian finally said to me, ‘You know, Emmy, you don’t have to listen to the entire song, you’re going to know right away, it’s going to pop out at you.’ At the end of the day, Brian said, ‘I have one more thing, a songwriter I haven’t even heard. I signed him on the recommendation of somebody whose opinion I value.’ So, as I recall, we listened to Rodney, both of us, for the first time. The first song was ‘Bluebird Wine,’ and from that first bar of music, I just knew. It was the bomb. Brian immediately tried to get in touch with Rodney, who was on a plane. We were finally able to hook up in Washington, DC, where I was living at the time, and he played me ‘Till I Gain Control Again,’ and I knew my instincts were right.”

A year later, as Crowell recounts, Harris was passing through Austin, where the Texas native was then living, and offered Crowell a plane ticket to Los Angeles. Crowell went on to become rhythm guitarist and harmony singer in her now legendary Hot Band—many of whose original members joined Harris and Crowell in Nashville for the Old Yellow Moon sessions, along with such guests as singer-guitarist Vince Gill, violinist Stuart Duncan, and Little Feat keyboardist Billy Payne. Crowell soon landed his own solo deal with Warner Bros., releasing his Ahern-produced debut, Ain’t Living Long Like This, in 1978. Harris would quickly be recognized as one of the finest young song interpreters on the nexus of country, folk, and rock, and Crowell himself would become a sought-after songwriter, producer, and performer, whose work would be covered by Johnny Cash, the Grateful Dead, Etta James, and Bob Seger, among countless others—and continue to be treasured over the years by Harris.

The spirited “Bluebird Wine” became the opening track of Harris’s 1975 Top Ten country debut, Pieces of the Sky. Ahern and Harris insisted they revisit it on Old Yellow Moon, but Crowell had misgivings: “I said, ‘Come on guys, I wrote that when I was 21 or 22, somewhere back then, I can do better.’ So I went home and rewrote the first two verses because, you know, the writer’s best friend is revision. So I revised those first two verses and I said, ‘Okay, that’s a little more in keeping with my sensibilities now.’”

The passage of time—time well spent, time misspent—is a recurring motif on Old Yellow Moon, especially on Matraca Berg’s heartbreaking “Back When We Were Beautiful” and Crowell’s own preternaturally wise “Here We Are,” which Harris had originally recorded in 1979 as a duet with George Jones. Harris says, “I love that song. And even though I had done it with George Jones, it seemed to fit this project. It can be a song about lovers, about a relationship, but this record for me is all about friendship.”

As with “Here We Are,” Old Yellow Moon offered Crowell an opportunity to perform self-penned compositions he’d never gotten around to recording himself, like “Bull Rider,” which his former father-in-law Johnny Cash had cut back in 1979. “Bullrider” has an almost cinematic clarity to it, drawn from Crowell’s own young life in Texas, which he also addressed in a 2010 memoir, Chinaberry Sidewalks: “Growing up in Texas, we rode bulls the way inner city kids played basketball. It’s just part of the culture, part of the rhythm of our lives. I always loved the language of the rodeo. There’s a poetic tone to it. I remember writing that song and wanting to capture that.”

For Crowell and Harris, a professed “song hoarder,” Old Yellow Moon was a platform to showcase songs they’d each been aiming to record or revisit for years, country-oriented tunes, especially honky-tonkin’ numbers, that also figured, one way or another, in their shared history. As Harris notes, “All these friendships, all these beautiful threads came together on this record, a lot of it without any particular thought.” Opening track “Hanging up My Heart,” which features a harmony vocal from Gill, originally appeared as the title tune to the lone country album made by Sissy Spacek in 1983 and produced by Crowell, in the wake of Spacek’s Coal Miner’s Daughter success. It was written by Hot Band member DeVito, who also co-wrote “Black Caffeine” with musician-engineer Donivan Cowart, another fellow traveler on this decades-long journey. Says Harris, “We had always loved ‘Black Caffeine’ but it was one of those very strange demos that always had intimidated us. But I think we nailed it.” Crowell was a big fan of Kris Kristofferson’s 2006 album, This Old Road (he says he “lived inside that record”) and suggested cutting the more rueful “Chase the Feeling.”

The delicate waltz of Allen Reynolds’ “Dreaming My Dreams,” made famous by Waylon Jennings, is a highlight of the disc but hadn’t even been on the pair’s original wish list. They were referencing it as they rehearsed another song, and Harris finally asked, “Why don’t we just do it? Waylon’s version of it is one of the most perfect records ever, but to make it a conversation between two old friends, I think that it adds something; it takes the song to another place, which you always have to do when you cover a song that already has a place in musical history. I think Rodney and I could really bring something to it, and Brian’s production is gorgeous. It doesn’t hurt to have [guitarist] James Burton on it too.”

Harris also brought in E Street Band singer-guitarist Patti Scialfa’s lovely “Spanish Dancer” from Scialfa’s underrated 1993 Rumble Doll collection: “It speaks to something very central to the female experience; it’s so beautiful. I had it on my list of things to do for years, and I thought it never was going to happen. I kind of reluctantly brought it to the table. I felt, maybe I’m over the hill, maybe I can’t give it the proper reading at this time in my life, but I think some things are universal so it doesn’t really matter. You never stop yearning for certain things, no matter what age you are.”
Getting back into the studio with Harris, says Crowell, “feels the same as it always had. We were young and foolish and that was lovely and the world was all out in front of us. Then you go on. Emmy and I have always been close over the years, but she went down one road and I went down another, and we’d intersect on occasion. But when we finally got together, it was as if no time had passed. We’re blood in that way.”

Echoes Harris, “We’ve always said from the first time we sat down with two guitars and our two lead voices, sitting on the floor of the studio and singing Don Gibson songs, just messing around, that we would do a record together someday. It seemed inevitable, but nothing is really inevitable if you don’t take the time to say, ‘All right, we’re going to do it.’ It was always something that was going to happen. I’m glad it’s happening now, at this point of our lives and our careers.”

Old Yellow Moon is full of fond memories and deep connections, but it is very much a document of where the ever-evolving Harris and Crowell happen to be right now, as musicians and as friends. As Crowell puts it, “The truth lies in the fact that neither Emmy, as far as I can tell, nor I come to a day’s work with any self-congratulation. Whatever we’ve done before was only the beginning. It’s just like, okay, let’s make a record. Isn’t it great that we can make them? And that’s when the songs come into play. If the songs are good, you get to lay it on the line and deliver a performance worthy of the song, and if you come up to snuff enough times you got a record. And anything other than that is precious. I guess that it’s a commitment to the art of the song so we can give it to an audience and it can become theirs.” 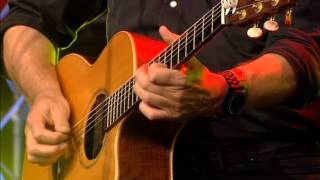 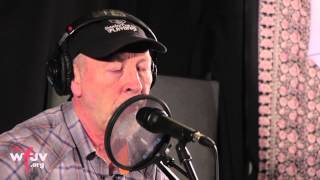 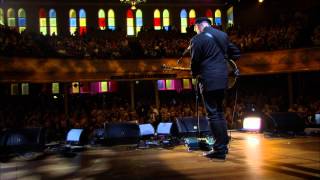 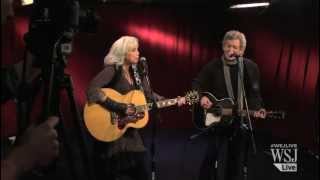 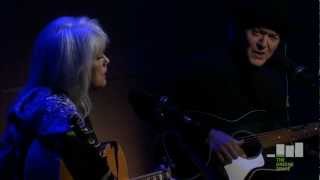 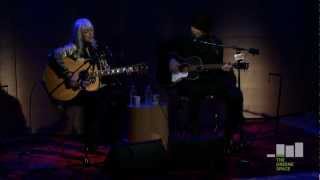 Emmylou Harris & Rodney Crowell: Chase The Feeling in The Gr... 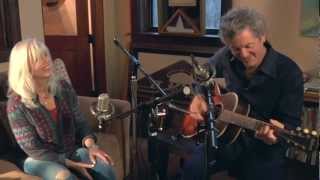