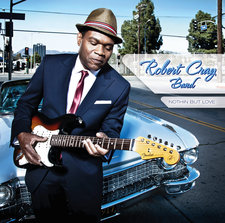 from California
http://robertcray.com/
Past Shows (4)

5 Grammy Awards, 15 nominations, millions of record sales worldwide, and thousands of sold out performances, rock blues icon Robert Cray is considered “one of the greatest guitarists of his generation.” Rolling Stone Magazine in their April 2011 issue credits Cray with reinventing the blues with his “distinct razor sharp guitar playing” that “introduced a new generation of mainstream rock fans to the language and form of the blues” with the release of his Strong Persuader album in 1986.

Since then, Cray has gone on to record fifteen Billboard charting studio albums and has written or performed with everyone from Eric Clapton to Stevie Ray Vaughan, from Bonnie Raitt to John Lee Hooker. Recently inducted into the Blues Hall of Fame at the age of 57, he is one of the youngest living legends to receive the prestigious honor. And while he can look back over an astonishing three-decade career punctuated by his trademark sound and distinct playing style, Robert Cray is too busy moving forward on an amazing journey that has him releasing his sixteenth studio album and embarking on yet another world tour.

Nothin But Love will be released on August 28, 2012 and will be both his first collaboration with the Provogue record label and super-producer Kevin Shirley (Aerosmith, The Black Crowes, Journey). This ten-song stand includes material from all four Robert Cray Band members; Cray (vocals/guitar), Jim Pugh (keyboards), Richard Cousins (bass) and Tony Braunagel (drums) that blends blues, rock, soul and jazz with a lyric-sheet that examines the triumphs, fallouts and follies of life and love.

“Kevin did an amazing job producing this album and I’m really happy with the outcome,” says Cray, “he captured the real essence of the Robert Cray Band, that live energy we deliver on the road that is usually so difficult to nail down in the studio. I think it’s one of the strongest records that we’ve had in some time.”

And he’s right. In terms of production, long-time fans will be thrilled with a recording featuring what Shirley calls “the dirt under the fingernails.” Recorded live over a two-week burst at the Revolver Studios in LA, Nothin But Love

features the soaring breakup blues of “Won’t Be Coming Home”, the jazz chops of “I’ll Always Remember You”, the soul-drenched ode to repossession that is “Great Big Old House” to the frantic ’50s-flavoured rocker “Side Dish.”

Cray still remembers the first love that led him here. “My dad was in the army, so we moved around quite a bit,” he explains. “I had a lot of time and the guitar became my friend. Also, when I first picked up a guitar, The Beatles were just out, and that’s why I got one. That’s why a lot of kids got guitars. The whole atmosphere of that time was, ‘Hey, I learnt this’. ‘Well, let me show you this…’ So that’s what sparked my interest, and it never really went away.”

Cray cites Jimi Hendrix, Buddy Guy and B.B. King as formative guitar influences, alongside singers like Bobby ‘Blue’ Bland, but just as pivotal for the aspiring bluesman was witnessing Albert Collins play a set at his high-school dance.

It was that Collins performance that led to the formation of the Robert Cray Band in 1974, a four piece touring band featuring Cray on lead vocals and guitar and longtime friend Richard Cousins on bass, whose thrillingly modern take on the blues was the talk of the circuit, even if the singer was a bit of an introvert on stage. “I just couldn’t speak to the audience,” says Robert with a smile, “so Richard would do all the introductions. These days I think I’m better at it.” In 1976 after two years of touring and in the first of many pinch-yourself moments the band was invited to be the house band for Albert Collins; a stellar musical apprenticeship and schoolboy fantasy that lasted over 18 months.

Opening their account with 1980’s Who’s Been Talkin’, the Robert Cray Band fired off three albums in quick succession, and although 1985’s False Accusations hijacked the charts and won an industry blues award, it was the following year’s Strong Persuader that achieved lift-off, hitting a US#13 chart position that was unprecedented for a blues record in the synthesizer age. “I guess Strong Persuader just captured a good spirit and energy,” Cray reflects. “People are still calling out for some of those songs at shows. It gave us a good springboard. I guess it was the songs, but it was also the era, because radio and MTV gave us a foothold, and we had videos out too.”

Cray had arrived in the big leagues. As songs like “Smoking Gun” scaled the singles charts across the planet and word spread of his incendiary live shows, his name began to be mentioned in the same breath as the blues heavyweights, and he was regularly to be found working alongside them. He spent the years that followed guesting on Eric Clapton’s Journeyman album, jamming live with Keith Richards, appearing in Tina Turner’s TV special Break Every Rule, posthumously inducting Howlin’ Wolf into the Rock ‘n’ Roll Hall of Fame, and supplying solos for the late John Lee Hooker. “We became good friends,” says Cray of this latter hero. “We were with the same agency, so we did a lot of shows together. I went to Japan with John Lee and watched as the Japanese fans mobbed him. It was fantastic. He was a real one-off.”

The oft-quoted line reads ‘that bluesmen improve with age’, and Cray’s evolving output through the next two decades gives weight to the theory. “In the ’90s, we

had the I Was Warned album (1992), and then Sweet Potato Pie (1997), which was a Memphis kind of thing that got into the soul bag,” he recalls. “I really liked those two records: there was some good songwriting.”

In 2000 he took home a Grammy for the album Take Your Shoes Off and went on to release two additional Grammy nominated albums Twenty (2005) featuring the poignant anti-Iraq war song of the same name, and This Time (2009) featuring the soul drenched favorite “I Can’t Fail.” The following year, the Robert Cray Band released the live album Cookin’ In Mobile (2010) and once again toured worldwide to sellout crowds.

“We have been very lucky,” says Cray, “with music becoming mostly digital in recent years and artists not selling the same number of physical records, we’re afforded the luxury of having a great loyal and amazing fan base around the world, allowing a band like ours to continue to work.”

It’s quite a humble and unassuming statement, given his illustrious career – but that’s always been Cray’s style. He doesn’t take anything for granted, doesn’t rest on his laurels. So on this sixteenth studio release, Robert Cray is once again laying down his cards, testing his talent, fusing that dazzling voice to some of the most powerful material in his three-decade back catalogue and offering his fans Nothin But Love.
Presented by: High Tide Entertainment 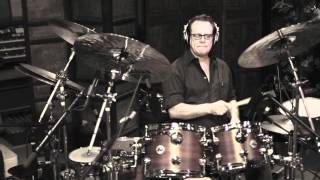 Robert Cray Band - Nothing But Love 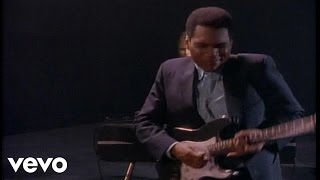 Robert Cray Band - Right Next Door (Because Of Me)

In this Video Artist(s) Robert Cray Band
Posted: Jul. 3, 2013
Submit info on this to our admins