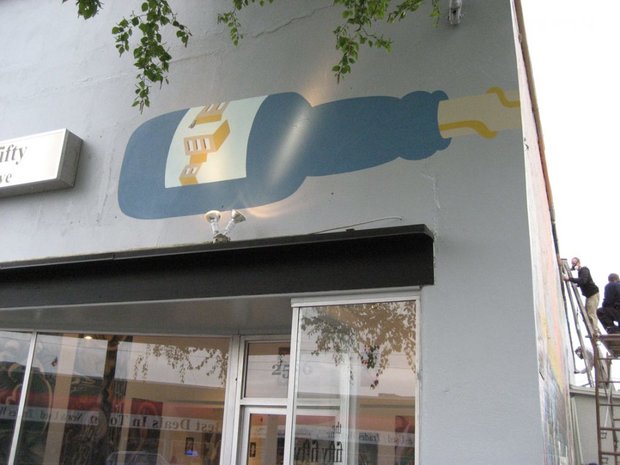 Address2516 Douglas St
View on Map
latex paint
2007
The piece is a statement about mass consumerism at the cost of “Third World” poverty. The bottle represents Third World poverty. First world consumers drink this bottle, and I’m visually pouring it out, as to suggest that it is not to be digested. The image says that there will be a time when the First World can not continue with it’s greed. The label of this bottle shows buildings. These buildings represent the development of the First World, and it’s lack of care for homeless people within it’s own country. If people are not addressing the basic human needs of homeless people in their own country, then they will also ignore struggling people in other counties. There is an image of a “black” man curled up in the corner of two buildings. He represents the Third World and also represents homelessness in Victoria. He is flailing his arms because of fear, discomfort and poverty.