Lola Parks plays her smooth, soulful and inspiring music at TEDxVictoriaSalon on October 22, 2013.

Performer Bio:
For a singer-songwriter who is fresh on the minds of many music fans, Lola Parks has been turning heads for years. When she was 14, she received the "Most Outstanding Musicianship Award" for her school during a 5-state US tour, beating out all of the 18 year-olds. In 1999, Lola's band Sonnenblume was selected for 100.3 The Q's Rocktoria compilation album and was later named The Q's Band of the Year. That same year, Lola's song, "When Comes The Change" was featured on the TV program "Higher Ground." Skip ahead a decade's worth of traveling and performing around the world (including a 4-month residency at a resort in Nepal) in addition to recording and releasing her debut solo EP 'Here'...

In 2012, Lola Parks was nominated for 3 Vancouver Island Music Awards, including Artist of the Year. She was named Female Songwriter of the Year. Citing Karen Carpenter, Ella Fitzgerald, Billie Holiday, Ani DiFranco, and Janis Joplin as influences, Lola Parks' music -- much like that of the aforementioned list -- continues to turn heads. She has shared billing with Grammy Winner Loudon Wainright III, Grammy Nominee Ruthie Foster, and Juno Nominee Mae Moore, among others. She has performed throughout Central America, Argentina, Nepal, and North America, and she has released multiple well-received recordings to date. Adjectives used to describe Parks' music include sultry, organic, natural, jazz-infused, smooth, soulful, genuine, honest, evocative, dangerous, and fun. An impressive list, but no amount of adjectives can quite define the intangible mystique and musical depth that is Lola Parks.


In the spirit of ideas worth spreading, TED has created a program called TEDx. TEDx is a program of local, self-organized events that bring people together to share a TED-like experience. Our event is called TEDxGrandRapids, where x = independently organized TED event. At our TEDxGrandRapids event, TEDTalks video and live speakers will combine to spark deep discussion and connection in a small group. The TED Conference provides general guidance for the TEDx program, but individual TEDx events, including ours, are self-organized.
Relevance: Past Performers, Performing soon
Categories: Live Footage
In this Video Artist(s) Lola Parks
Posted: Nov. 30, 2017 via livevictoria.com 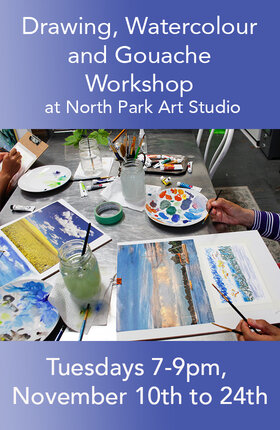