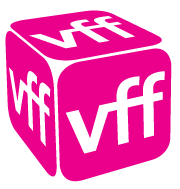 Whether it’s the newest independent films, cult classics, quote-along screenings, or our Art of the Cocktail Festival, the Victoria Film Festival hosts the freshest, most adventurous cinema events in town, all year long.

For 10 thrilling days in February, filmmakers, writers, and actors gather to dazzle audiences with their latest cinematic visions. With over 150 new films each year, the Victoria Film Festival buzzes with exclusive screenings, world premieres, and discussions surrounding the boldest, most vivid cinema from around the world.