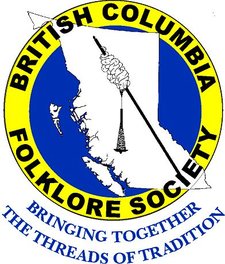 The British Columbia Folklore Society is mainly a research, not-for-profit, who's purpose is: “To Collect and Preserve the Traditional and Contemporary Folklife and Folklore of the People of British Columbia”.
The Society has a collection of folk art and a modest library of BC books for reference.
The Society also publishes both a journal "B.C. Folklore" as well as an occasional paper "Pacific Folklore Studies". Both journals include the folklore of people from BC, Canada,and from other regions of the world.
Upon request, the Society can set up a display of folk-art from its collection. This is a free service but will only be approved on merit.
We also carry out field recordings of people who have, for example, stories to tell, old songs to sing, tall tales and tales of lost mines and treasures.