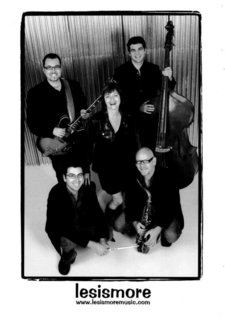 Blues/R&B from Vancouver BC
Label: Independent
Past Shows (38)

Now celebrating ten years together, lesismore is busier than ever. Their performances have captivated audiences at festivals, clubs and concert venues throughout BC. Their first two critically acclaimed releases earned them a large and loyal following, both locally and nationally. The second CD ‘At Last’, reached the Top 40 on the national campus radio chart and #16 on the national jazz chart.

lesismore seamlessly mixes elements of roots, R&B, funk and blues into a high energy sound that is uniquely their own. Charismatic lead singer Leslie Harris has often been compared to Dinah Washington and Bonnie Raitt. The musicians are guitar virtuoso Curtis DeBray; one of Vancouver’s most in-demand drummers Nino DiPasquale; Colin James Band saxophonist Steve Hilliam; and one of the great veteran bassists of the West Coast scene, Lee Oliphant.

Their third cd has just been released. “as much as i need” – a full-length CD of new original material – reached #1 Album on the CFBX Top Ten Blues albums for November 2007, and has been charting nationwide on a variety of radio stations. 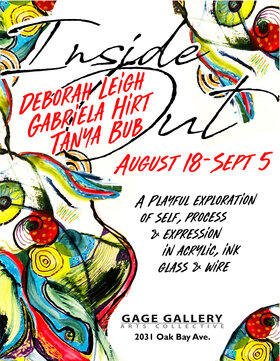