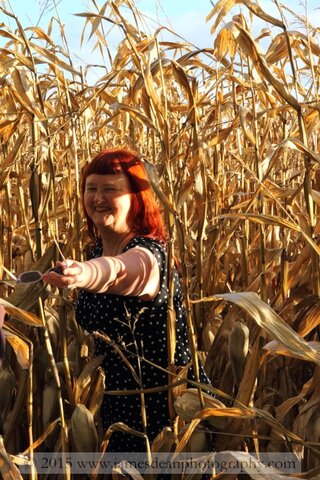 "Whether roots music is your cup of tea or not, this standout recording is a consciousness-raising journey through a challenging emotional landscape that also embraces hope and redemption."
Lesley Mitchell-Clarke - Current Reviews - Pot Pourri Shadow Trails by Linda McRae

California’s Folsom State Prison occupies a hallowed place in the history of country music. As the location of several Johnny Cash performances and the subject of his song “Folsom Prison Blues,” it has become a symbol of the “outlaw” element of outlaw country. Now, some 60 years after Cash first put it on the map, the California State Prison complex has had a transformational impact on another country roots musician: Canada’s Linda McRae.


After answering a call to host a song-writing workshop at New Folsom in 2011, McRae and her husband, James Whitmire, were moved to develop song-writing workshops for at-risk youth – to try and prevent them from ending up behind bars in the first place. Her new, Steve Dawson-produced album, Shadow Trails, is inspired by that work.


Though perhaps best-known for her eight-year tenure as a member of the platinum-selling band Spirit of the West, Linda McRae had already raised a daughter and performed for more than ten years with west coast punk and roots outfits before joining Spirit. In fact, the band members were regulars at shows by her previous roots rock band, Terminal City. She joined Spirit in 1988 and is heard prominently on two of its most famous and enduring songs, “Home for a Rest” and “If Venice is Sinking.” In 1995, she and the band performed and recorded with Vancouver Symphony Orchestra and released the resulting recording, Open Heart Symphony.The following year, she left the Spirit to launch a solo career and has been charting at folk and roots radio ever since.


In 2006, McRae found love and much more with James Whitmire, a retired American rancher who had recently discovered his voice as a poet, and who put his skills to work trying to woo her. He told her he’d move wherever she dreamed of living, so the couple settled in Nashville, and Whitmire – who she pays tribute to on the album with the song “My Man” – became her manager, collaborator, and constant source of moral support while she’s out on the road. A recovered addict, who’s been clean for more than 25 years, Whitmire has life experience that many incarcerated individuals and at-risk youth relate to, and that has helped the couple build trusting connections through their therapeutic song-writing workshops.


That work, in turn, has inspired McRae, whose new album is chalk-full of raw, honest reflections on hardship delivered with a rough-hewn authenticity.


Here's a little about a few of the songs:


“Sidewalk Princess,” inspired by another poem by a Folsom inmate, is the fictionalized account of a homeless woman in Vancouver.


And “Jesus or Jail” drew its inspiration from the film “Searching for the Wrong-Eyed Jesus” and the message McRae took away from it: If you’re poor in the south, you have two choices: Jesus or jail.


And then there’s “Singing River,” which tells the story of Teh-la-nay of the Yuchi nation. The nation called the Tennessee River the singing river because they believed a woman who lived in the river sang to them. When the nation was forcibly relocated to Oklahoma in the 1830s, Teh-la-nay walked for five years to return because she missed hearing the river’s song. The ancestral home of the Yuchi nation lies across the river from Muscle Shoals, Alabama, home of the legendary Fame recording studio, and some say the stream of seminal recordings that came out of Muscle Shoals can be attributed to a certain something in the water. 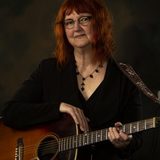 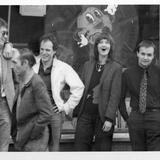