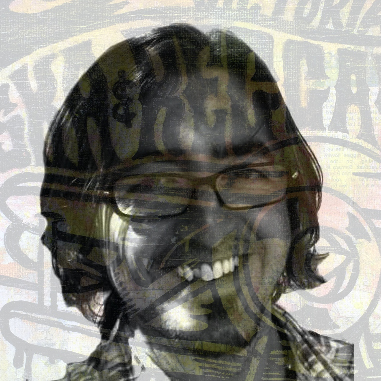 "Combination13 (aka Steve Kitchen) is a Graphic Artist based in East Vancouver, BC – Armed with a distinctively unique, in your face style - Combination13 are well known for gigposter artwork and contributions to the burgeoning BC Craft Beer scene, via the Parallel 49 Brewing Company. Combination13 contributed most of our festival poster art this year, so you’ll no doubt be familiar with his work already!

Earlier this year Combination13 held an exhibition in East Vancouver entitled ‘Art On Tap’, showcasing his original character art, hand painted on canvas – The show was a huge success, all 12 pieces sold out and money was proudly raised for Multiple Sclerosis Canada.

Steve has two tuxedo cats but claims to “not have a favourite”, endorses dollar store sharpies and loves a good sandwich. His favourite film is Crank 2."