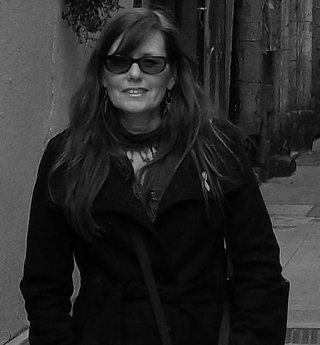 Christine A. Allan was born in Winnipeg Manitoba in 1957, but now calls the West Coast of British Columbia, Canada home. Christine studied Archaeology and Art History at Simon Fraser University and Fine Art at Emily Carr University of Art and Design, but she feels her art education began while living in a remote Native Indian community on the West Coast of Vancouver Island. While moving around the province with her RCMP husband has had its challenges, it allowed her the freedom to pursue her art. Whether it is creating art, or studying art history, art and music have been an important part of her life. Some of her pieces are inspired by her studies in art history as well as her respect and love of nature. Her mixed media pieces combine various water media with iridescent and metallic paint, sometimes using metal leaf, digital images or recycled materials. Her most recent series titled The Butterfly Effect, focuses on butterflies and represent how small changes can have huge effects on the planet, both positive and negative. She incorporates digital imagery of recycled materials and garbage in these pieces. Christine strongly believes in protecting all species for future generations and this is reflected in her work. As an environmentalist she donates a portion of sales of her art to the Leonardo DiCaprio Foundation and the WWF.
Christine had to overcome many obstacles growing up and she is also a cancer survivor, but through her art she has triumphed and encourages others to do the same.
Her work has won awards and has been shown locally and internationally. Many of her pieces are in private collections in Canada and the USA.