New York --- Bad Company has announced the expanded itinerary for the band's Summer tour of the U.S. Celebrating their 40th anniversary since forming, the excursion begins on June 15 in Rancho Mirage, CA and will stage 30 dates, ending on September 29 at the Los Angeles County Fair in Pomona. The band appeared in June, 2012 at the Sweden Rock Festival, which followed a tour of the Japan and North America in 2010 that staged 21 appearances. Prior, Bad Company toured the U.K. for an eight-date run, which concluded at Wembley in London, followed by ten shows in the U.S. in 2009. In front of the tour, Paul Rodgers shares, "When Mick and I formed the band we were amazed at the instant success. It didn't hurt to have Led Zeppelin behind us, and we wrote some decent songs that still resonate. This one is for the fans."

Bad Company were dubbed a super-group upon the band's formation due to the union of Free's Paul Rodgers (Vocals / Multi-Instrumentalist) with Mott The Hoople's Mick Ralphs (Guitar) plus Free's Simon Kirke (Drums) and King Crimson's Boz Burrell (Bass), who passed away in 2006. Over the next nine years, the band released a string of six albums that sold tens of millions of copies, yielding international hits "Can't Get Enough," "Bad Company," "Feel Like Makin' Love," and many others penned by the main songwriters Paul Rodgers and Mick Ralphs. Original members Rodgers, Ralphs, and Kirke will be joined by guitarist Howard Leese and bassist Todd Ronning (from Paul Rodgers solo band). Bad Company has inspired many of today's musicians. Most notably, Metal band Five Finger Death Punch who scored a #1 Active Rock hit with a cover of the song "Bad Company".

On 14 of the dates, Bad Company will co-headline with Lynyrd Skynyrd. Paul Rodgers recently shared, "The Skynyrds and I go back to the 70's and the days and nights at the Hyatt House on Sunset in LA aka the Riot House. In the 90's the band introduced me to my wife Cynthia, and that's why I am so damned happy and healthy these years." Lynyrd Skynyrd's Johnny Van Zant offered, "Every member of Skynyrd has been fans of Bad Company from the get go. Personally, Paul is one of my favorite rock singers. We have a deep appreciation for Bad Company’s music and look forward to being on the road with them and sharing the stage.” 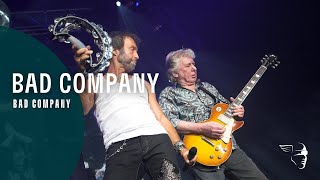 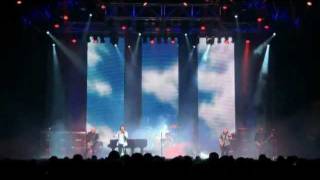 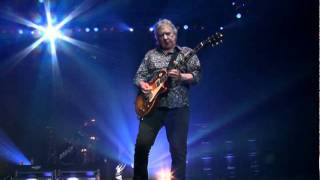 Bad Company - Are You Ready For Love (2010 Live at Wembley

In this video: Bad Company
Posted: Aug. 8, 2013
Submit info on this to our admins