from Germany
http://kmfdm.net
Past Shows (12)

Spawned in Germany during 1984, KMFDM pioneered the crossover between techno/dance and heavy metal with their signature industrial sound. Moving to Chicago in the mid-80' s KMFDM was the pride of Wax Trax Records during the label’s peak. Rapidly evolving year by year through intense experimentation and touring; the band has redefined themselves with each new release.

Venturing on to dabble in side projects and then re-establish KMFDM in Seattle during 1999, Sascha’s revolving band of misfits have stood the test of time. To quote themselves, “The future belongs to those of us still willing to get our hands dirty”. Living by their D.I.Y. philosophy, KMFDM launched their own online store, KMFDM Store and record label, (KMFDM Records).

Helmed by the dual vocal attack of the band’s founder Sascha and siren Lucia KMFDM celebrated 20 years of musical excellence by performing 62 shows in the US, Canada, Europe and Australia in 2004. In 2005 they embarked on a World Tour of 18 countries in support of their full length CD Hau Ruck. 2006 saw the release of a new remix EP titled Ruck Zuck and the Hau Ruck Zuck USSA Tour. 2007 brought Tohuvabohu, featuring a grand mixture of the band’s many styles. In 2008 the band, now relocated to hometown Hamburg, Germany released their first full blown remix album ever, Brimborium.

Celebrating their 24th Anniversary on February 29th 2008, KMFDM announced KMFDM 24/7, a series of twenty four seven inch vinyl singles featuring tracks from the band's original 12" singles and classic album cuts. The singles were released by KMFDM Records on the first of every month in the order they were originally released for 24 months culminating on Feb 01, 2010 with the brand new exclusive single Day Of Light. Each of the 24 singles were available in a Limited Edition First and Only Pressing of 250 copies. All tracks were remastered specifically for vinyl and the covers for all the singles featured original classic KMFDM artwork, most by famed KMFDM cohort Brute!. All KMFDM 24/7 releases were exclusive to the KMFDM Store.

KMFDM remain a musical entity to be reckoned with. Through relentless musical exploration and reinvention they have continued to top themselves. KMFDM’s 2009 album, Blitz, was no exception. Featuring an electro cover of The Human League’s “Being Boiled”, the Russian language “Davai”, the German sung “Potz-Blitz!” and the disco-amped “Strut”.

KMFDM also released - SKOLD vs. KMFDM, a 22 track album by Tim Skold and Sascha Konietzko. The juggernauts of the alt-underground came together again to tear it apart. SKOLD vs. KMFDM is available from KMFDM Records exclusively through the KMFDM Store in fan-friendly CD, audiophile Vinyl and high quality MP3 formats.

For the Kein Mitleid Tour 2009, honoring their 25th year, the band took Europe by storm, hitting a number of festival and headlining dates across twelve countries in the Spring and Summer, then they made their way back to the US and Canada in the Fall performing 32 headlining shows to complete the tour.

The band brought in 2010 with a bang, releasing Krieg, 12 tracks of new, diverse and exciting remixes of tracks from Blitz reworked by top names across the musical spectrum. Then the Für Die Mehrheit Tour played festivals and headlining shows in Europe over the Summer, hitting ten countries along the way.

Then KMFDM released the Limited Edition Godlike 2010 CD, a special celebration of the 20th Anniversary of their classic song "Godlike", available exclusively on KMFDM Records through the KMFDM Store. Godlike 2010 compliments the release of two collections of KMFDM's best known tracks - Würst, a "würst of" collection, along with a Limited Edition Double Disc version titled Greatest Shit.

To cap off the 2010 year, KMFDM break out another reworked classic, the Limited Edition Light 2010 CD, a tribute to their fans and over 16 years of their song "Light". This release is available exclusively on KMFDM Records through the KMFDM Store.

To kick off 2011, KMFDM released their first new single and video in 9 years, Krank in March with great chart success in the US and Germany. This was followed by their new album, WTF?! in April.

In addition to their new material KMFDM has re-released their entire back catalog from the band's WaxTrax! Records era as KMFDM Classics via Metropolis Records/KMFDM Records. All KMFDM Classics are remastered with deluxe booklets and some contain extra tracks. Their ten classic albums, What Do You Know, Deutschland?, Don't Blow Your Top, UAIOE, Naive, Money, Angst, Nihil, Xtort, Symbols and Adios are available now.

To accompany the KMFDM Classics, KMFDM has released Extra, a three volume set of double disc collections of all KMFDM tracks not included on the ten KMFDM Classic albums. It features remastered tracks from the band's 12" singles and CD singles. All of the material on Extra has been out of print for many years. Extra Vol. 1, Vol. 2 and Vol. 3 are out now on Metropolis Records/KMFDM Records.

The classic KMFDM side project Excessive Force has had their entire catalog re-released with the same treatment given to the KMFDM Classics by Metropolis Records/KMFDM Records. Both Conquer Your World and Gentle Death are out now.

As can plainly be seen, the self-proclaimed fathers of industrial-rock show no signs of stopping. 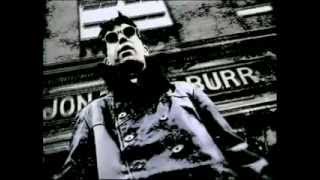 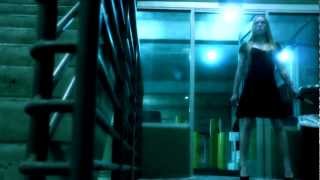 KMFDM - I Heart Not 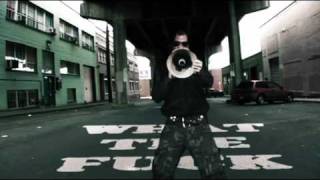 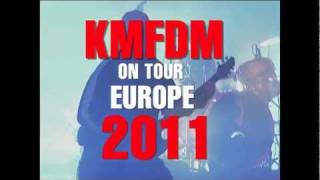