Lee Aaron is an award winning singer, songwriter and performer. Over the course of her career, she has been nominated for eight Juno Awards, won the CMPA Songwriters Award, a Much Music Video Award, three Toronto Music Awards, and an Ampex Golden Reel Award. In addition, she has graced the covers of an assortment of international magazines - TV Guide, Melody Maker and Sounds - to name three - and topped dozens of music-polls.

Lee started out as a youngster singing jazz and Broadway standards in local Toronto choir and community theatre. Ironically, the painfully shy girl who hung around in the music room after school to study and practice would go on to become a world-renowned rock diva.

Discovered singing in a musical production of Babes in Arms at the age of sixteen, Lee was asked to join a local rock band on keys and back-up vocals. Graduating a year later - with honors and two scholarships but no industry smarts - Lee met the man who would become her first manager. Fresh out of school and totally green, things moved quickly ... within a year he had replaced her entire band and proceeded to groom the na�ve Aaron into a sultry pin-up girl. By nineteen she had written and recorded her first album as well as created quite an industry buzz. Two years later, feeling increasingly uncomfortable with the image created for her, she walked out on her management deal. Aaron continued to write and record and soon afterward signed with Attic/A&M records, embarking on a new phase of her career that saw numerous album releases, radio hits, multi-platinum sales, world tours and many accolades over the next decade.

By the mid-nineties, frustrated at the residual perception that defined her as a one-dimensional "rock chick", Aaron decided to take a year long hiatus from the music business. She resurfaced in 1997 on the West Coast, performing cool jazz and blues material in intimate club settings. The metamorphosis surprised fans and industry insiders alike with its unpretentious charm - and in 2000 Lee released her tenth disc, Slick Chick to glowing reviews. Videos for "Why Don't You Do Right" and "I'd Love To" charted in the Top 10 on The Bravo Countdown. Slick Chick was subsequently released in Europe and South America followed by a nine country tour.

In 2002, on yet another musical adventure, Lee took on a role with Vancouver's Modern Baroque Opera in a VEC production which took home an Alcan Performing Arts Award.

Last year, Lee began writing and production on Beautiful Things. What initially started as another jazz effort, evolved into some of her most creative and personal work to date. "For the first time, I had no deadlines except my own so it was refreshing to finally write a record without censoring myself or trying to contrive radio hits - to just let it flow naturally," Lee says.

Industry insiders agree the new material is her most impressive work ever. Performed by some of the West Coast's finest musicians - including Michael Kaeshammer and True North Records newcomer Joel Kroeker - Beautiful Things seamlessly blends jazz, roots and pop into a brilliant and unique collection of originals and select covers.

Transcending an image that never did her talent justice, Lee Aaron has truly grown into an artist of grace and style.... 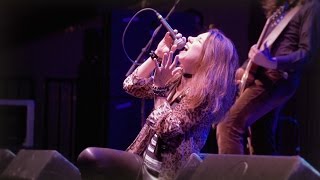 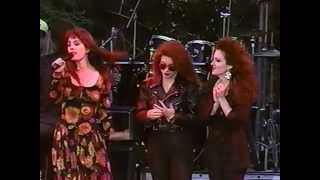