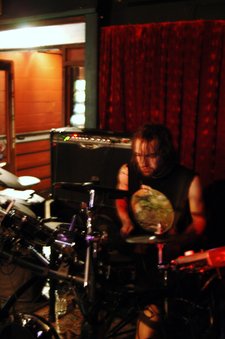 Metal from Nanaimo BC
http://myspace.com/pentacaust

What do you get when 4 island boys get really pissed off at day jobs, pigs, not having enough booze or weed, religion, society and the elderly... you get PENTACAUST. Off the shores of Vancouver a storm has been brewing that is about to tear your house apart and leave you naked, shamed, just down right fucked. PENTACAUST started in a basement in Port Alberni in October 2008 and now resides in the Harbour City, Nanaimo. In this time they've managed to create a small four song demo, headline shows and tear it up hard. Most recently PENTACAUST stormed into Vancouver's Greenhouse studios, and with the help of producer Chris Holmes, recorded their debut EP "The Living Dead". To be released early this year, "The Living Dead" captures the brutality, melody and mayhem that is PENTACAUST. With the boys planning an island tour for March and starting the year off with a slew of gigs, surely 2010 will be the year of the PENTACAUST.