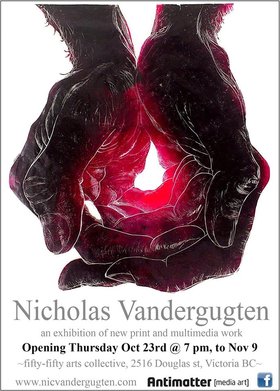 Visual Arts:
Large scale hand printed relief carvings, text based minimalism, and forays into projection street art. This offering of work centers around a creative exploration of the modern phenomenon known as the the "overview effect". Described by wikipedia as,

“…a cognitive shift in awareness reported by some astronauts and cosmonauts during spaceflight, often while viewing the Earth from orbit or from the lunar surface.
From space, astronauts claim, national boundaries vanish, the conflicts that divide people become less important, and the need to create a planetary society with the united will to protect this "pale blue dot" becomes both obvious and imperative.”