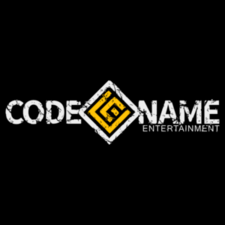 We make games because we love games. Codename Entertainment is the award-winning studio founded in 2008 here in glorious Victoria, British Columbia.

Our first game, Egg Breaker, was the beginning of a succession of games that have built up an extremely dedicated fan following. Egg Breaker 2, Egg Breaker Adventures, Bush Whacker, and Bush Whacker 2 have all managed to firmly establish themselves in the hearts of our players over the years.

Crusaders of the Lost Idols is consistently in the Top 2% most played games on Steam, and has been a top game on Kongregate.com and ArmorGames.com since it was launched in July 2015. Crusaders has been played more than 35 million times across all platforms.

Our latest game, Idle Champions of the Forgotten Realms, an official free-to-play Dungeons & Dragons-based strategy game. Idle Champions has remained in the Top 20 free-to-play games on Steam, Top 100 Most Played Steam games by concurrent players, and racked up more than 3 million cumulative plays since it was launched in September 2017.