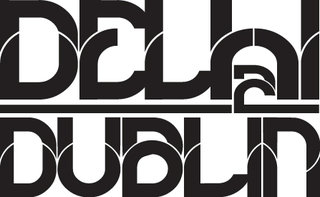 Founded by Tarun Nayar (of Beats Without Borders cred), Sanjay Seran (at the time hailing from live bhangra act Signia), and Ravi Binning (a professionally trained bhangra dancer and dhol player), it was obvious D2D had something people wanted. Word spread about their ridiculously energetic live show, and these road-warriors have been touring constantly since 2006: mesmerizing crowds at many of the top festivals across Canada and the US, blowing people away in the UK, Australia, Germany and Malaysia as well as performing to awe-filled audiences in Hong Kong, Taiwan and Dubai.

Westwood Recordings is proud to present “We’re All Desi” – the latest studio album from Delhi 2 Dublin. Inspired by their favourite Bollywood records of the 70s and their love of bass music, the acclaimed live electronic act has teamed up with producer Nick Middleton (of The Funk Hunters) to create their strongest offering yet.

Eschewing the sterility of clinical song writing, “We’re All Desi” was born out of organic jam sessions in D2D’s rehearsal space. But it wasn’t until these ideas entered Middleton’s studio that they truly started to take shape as they found their modern electronic backbone – a unifying component found across the album and the signature of the new D2D sound.

The result is a mashup of electronic and acoustic. Of East and West. True to the veteran band’s origins, and blazing into new lyrical and sonic territory, “We’re All Desi” is a battle call for a quickening world – more truth, more smiles… and a lot more bass. 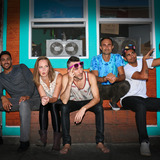