from Victoria BC
Past Shows (1)

This was back when steady gigs were plentiful. This photo is from around 1974, when we were playing a 6-night a week steady dance gig in the lounge of the Century Inn, across from the McPherson Theatre. A local AM radio station (CFax, I think) used to broadcast us live one night a week. At the time, being a wet-behind-the-ears youngster, I didn't realize what a fantastic opportunity that was. We had our own "On The Air" light on the stage (I think Bill Sample ended up with that - a cool memento).

We also played a steady 7-day-a-week gig on the BC Victoria-to-Vancouver Ferry in 1974 (or was it 1975? In any case, thank you, then-premiere David Barrett!) Later on, the band played jazz gigs. I have fond memories of Noos Pizza near Centennial Square. Paul Horn came and played with us, as did his son Robin Horn on drums. 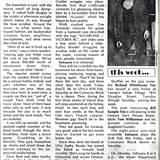 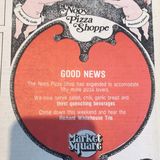